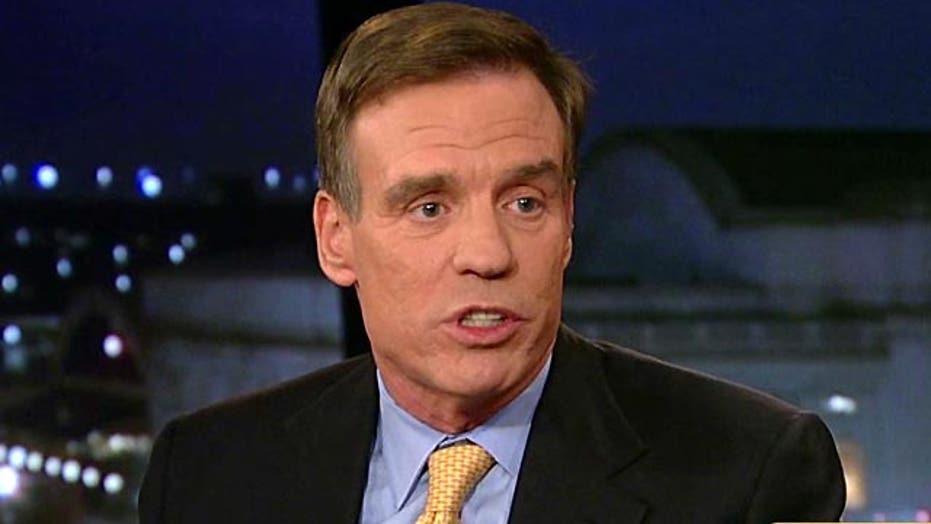 Sen. Mark Warner (D-VA) told viewers that a Senate proposal to impose new sanctions in Iran, should ongoing talks over their nuclear program with the Obama administration fall apart, is

A Senate proposal to impose new sanctions in Iran, should ongoing talks over their nuclear program with the Obama administration fall apart, is "the right action to take" and "will actually strengthen our hand" Sen. Mark Warner, D-Va., said Thursday.

"The only thing that keeps them negotiating is to keep the pressure on," Warner said of the Iranian regime on "Special Report with Bret Baier."

The White House pushed back sharply on the bipartisan Senate proposal, saying a new threat of sanctions would undermine the delicate negotiations that the administration recently began with Iranian officials.

Warner, however, disagreed, saying that the legislation merely serves as a back-up plan should the initial negotiations break down.

"None of this will kick in for six months," he said. "So if there's an ability to get to that second stage of an agreement, have at it. But this is not a regime that we should trust in any sense."

Warner expressed doubt that the Iranians would follow through in the negotiating process.

"Let's face it: if the Iranians are looking for an excuse to get out of negotiating, they can find that," he said. "As a matter of fact, in the last few weeks, they've not even been back to the table."