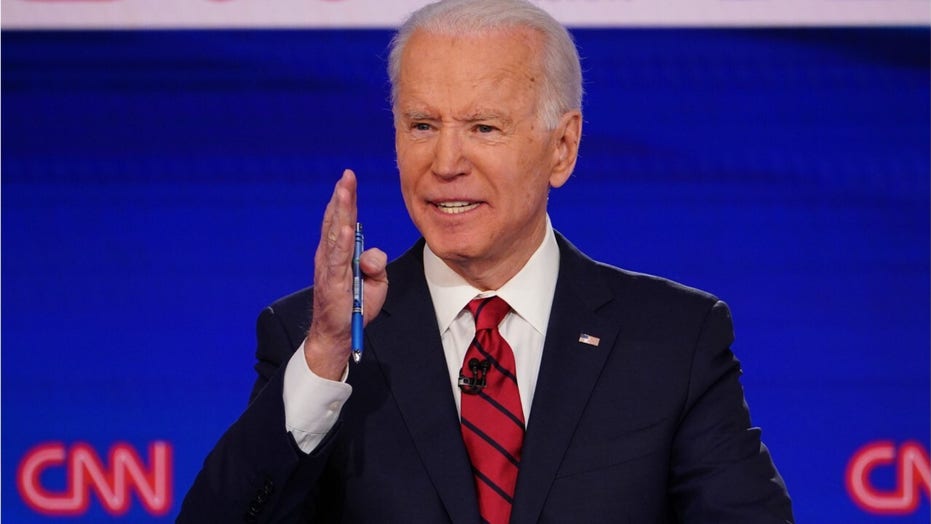 Joe Biden promises to pick a female running mate, who could it be?

Joe Biden appears to be committed to choosing a woman as his running mate if he wins the Democratic presidential nomination. Here's a look at who insiders are speculating about.

Joe Biden's pledge to name a woman as his running mate if he wins the Democratic presidential nomination has ignited speculation over who could make the shortlist.

Biden, the clear front-runner in the nomination race over rival Sen. Bernie Sanders of Vermont, made his historic vow Sunday night during a presidential primary debate. "I would pick a woman to be my vice president," Biden said, while also committing to appointing the first black woman to the Supreme Court.

Here’s a look at the top four most frequently talked about potential vice presidential nominees, and some honorable mentions.

The 55-year-old senator from California and former Democratic presidential candidate is high up on many shortlists.

Her pick would satisfy many Democratic voters. Harris is a person of color, someone with Washington experience, as well as years as a top prosecutor,,first as San Francisco district attorney and later as California attorney general.

Harris, who sparred with Biden during last June’s inaugural Democratic nomination debate, dropped out of the race in December. She endorsed Biden earlier this month and campaigned with the former vice president in Michigan.

At the time she ended her White House bid, Biden said that “of course” he would consider her as his running mate should he win the nomination.

"Sen. Harris has the capacity to be anything she wants to be. I mean it sincerely," the former vice president told reporters at the time. “She is solid. She can be president someday herself. She can be the vice president. She can go on to be a Supreme Court justice. She can be an attorney general. I mean, she has enormous capability.”

The senator from Minnesota spotlighted her more centrist views and crossover appeal to independents and even disaffected Republicans as she ran for the Democratic presidential nomination.

Klobuchar, who won praise from pundits for her well-regarded debate performances, won praise from Biden after she dropped out of the race after the South Carolina primary and immediately endorsed the former vice president, helping him win her home state on Super Tuesday.

The 59-year old lawmaker could potentially boost Biden’s already formidable chances of winning back for the Democrats the rust belt states of Pennsylvania, Michigan, and Wisconsin, which were instrumental in putting Donald Trump into the White House.

Biden recently praised Klobuchar as someone who was “capable of being president."

With a need to unite the party and bring into his tent the legions of progressive voters who see Sanders as their champion, there are suggestions that Biden look to the other populist political rock star – Sen. Elizabeth Warren of Massachusetts – as his running mate.

But last week Biden – in a telling moment – embraced the senator’s signature proposal to reform bankruptcy rules, bringing to an end a decade and a half old feud between the two Democrats.

While there’s talk of the 70-year-old Warren as Biden’s running mate, there’s equal speculation that she would be a better fit as treasury secretary in a Biden Cabinet.

There was plenty of buzz about a Biden-Stacey Abrams ticket last May, soon after the former vice president declared his candidacy.

While that quickly died down, Abrams is still regarded as a rising star in the Democratic Party.

The former Democratic leader in the Georgia state House lost her campaign for governor in the state in 2018 by an extremely narrow margin – amid claims from liberals that voter suppression efforts contributed to her loss.

Supporters of Abrams, 46, say she could help Biden possibly put the red state of Georgia in play – and make the state’s two Senate races much more competitive. But critics point to her lack of government experience and exposure on the national stage.

Michigan Gov. Gretchen Whitmer endorsed Biden just ahead of her state’s crucial primary earlier this month – and was by his side during much of his stumping in her state. Whitmer also won rave reviews for her performance delivering the Democratic Party’s response to President Trump’s State of the Union Address in February. The 48-year-old is governor of one of the three must-win states the Democrats need to get back the White House.