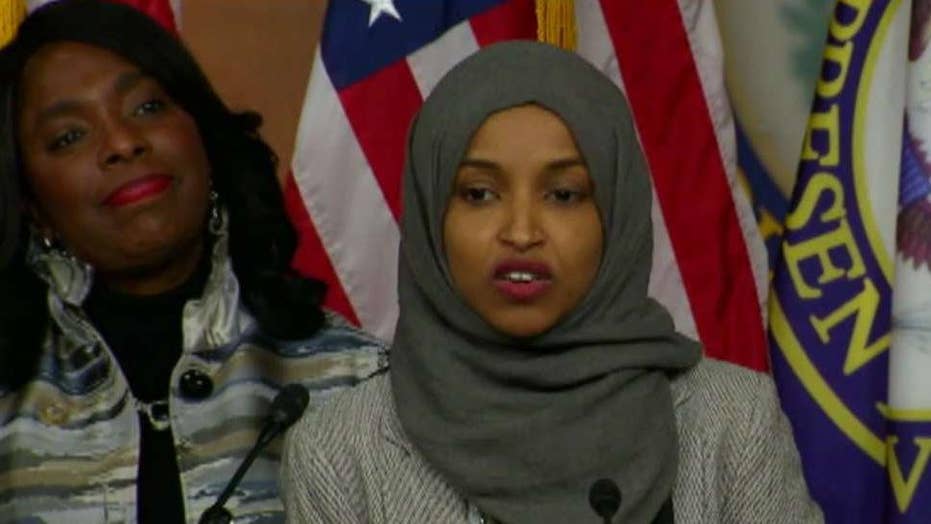 New year, new Congress: Challenges ahead as Democrats take control of the House

As Democrats officially take over the House this week, US News & World Report senior politics writer David Catanese suggested during the Special Report “All-Star” panel Tuesday night that the pending vote to reopen the government from a partial shutdown may be the first of many showdowns to come between the two major parties.

The newly Dem-controlled House is expected to pass two bills to reopen the government that will likely not include funding for the border wall President Trump has repeatedly demanded. And it is unclear whether Senate Majority Leader Mitch McConnell, R-Ky., would allow the full Senate to consider the legislation if it passes the House.

“Mitch McConnell, I think, has a tough decision to make," Catanese told the panel. "Will he put a vote on the floor to reopen the government that does not include border wall funding? The president has said he is not going to sign that bill. This is sort of the first game of chicken of 2019.

"And I think Pelosi and Democrats, it is incumbent on them as a new Democratic majority to try and show that they want to govern.”

Catanase later added that the Democrats will now have control over 22 subcommittees with subpoena power, potentially turning Washington into “investigation city on Capitol Hill.”

Meanwhile, Hurt argued that President Trump “couldn’t be happier” going into 2019 since the battle of immigration and border security is a “strong suit” of his.

“If you’re gonna have to choose between a border wall versus sanctuary cities, abolishing ICE to oversimplify both sides a little bit, people are gonna choose the border security,” Hurt said.

Continetti warned newly elected House Democrats that they will be “very frustrated very quickly,” because despite their victory in the 2018 midterms, they “only control one chamber of Congress.”

“McConnell has said he won’t even put to the vote anything that the president won’t sign, so we have this impasse where the Democrats say they won’t fund the wall and Trump says he won’t sign anything that doesn’t include funding for the wall,” Continetti elaborated.