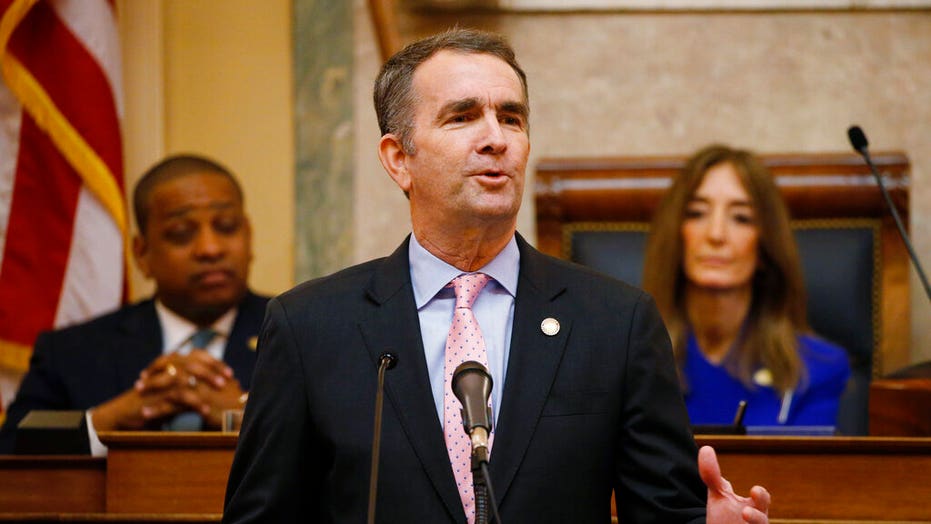 Gov. Ralph Northam, D-Va., declared a state of emergency Wednesday and said he is temporarily banning individuals from carrying firearms and other weapons on Capitol grounds ahead of a scheduled gun rally for fear of a repeat of the violence law enforcement was ill-prepared to deal with at another rally in Charlottesville more than two years ago.

Northam said at a press conference Wednesday that the decision is based on "credible intelligence" from "mainstream channels, both offline and online, such as alternative dark web channels used by violent groups and white nationalists from outside Virginia," which law enforcement says have "malicious plans" that include storming the state Capitol building and stirring up violence at Monday's rally.

"This includes out of state militia groups and hate groups planning to travel from across the country to disrupt our democratic process with acts of violence," Northam said. "They're not coming to peacefully protest. They're coming to intimidate and cause harm."

Northam stressed that the threats and "violent rhetoric" bear resemblance to those seen prior to the Unite the Right rally in Charlottesville that left one dead and dozens more injured in 2017.

"No one wants another incident like the one we saw in Charlottesville," Northam said. "We will not allow that mayhem and violence to happen here."

Northam said law enforcement officials -- including state police, capitol police, officers from the Richmond Police Department and other first responders -- were working together to ensure the safety of Monday's rally, which is expected to draw as many as 100,000 supporters, event organizers told police. 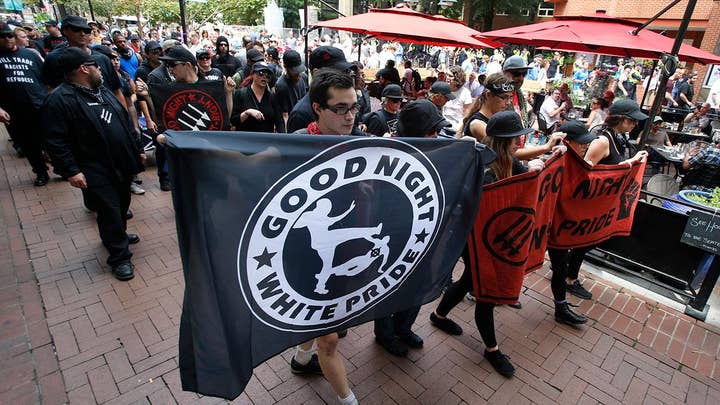 The event, called “Lobby Day,” was organized by the Virginia Citizens Defense League, a pro-Second Amendment nonprofit group that organizes the event annually.

“I believe them when they say this is a peaceful event -- that’s what democracy is,” Northam said. “Unfortunately, they have unleashed something much larger, something they may not be able to control.”

The governor said the state of emergency would be lifted on Tuesday after the rally, and that weapons -- including sticks and bats, chains and projectiles and firearms -- are all prohibited on Capitol grounds.

"It makes no sense to ban every other weapon but allow firearms when intelligence shows a threat of armed militia groups storming our capitol," Northam said.

He called on the event organizers to "disavow anyone who wishes to use Monday's rally to advance a violent agenda."

"I call on them to discourage people from other states from coming to Virginia with violent intent," Northam added. "Hate intimidation and violence have no place here."