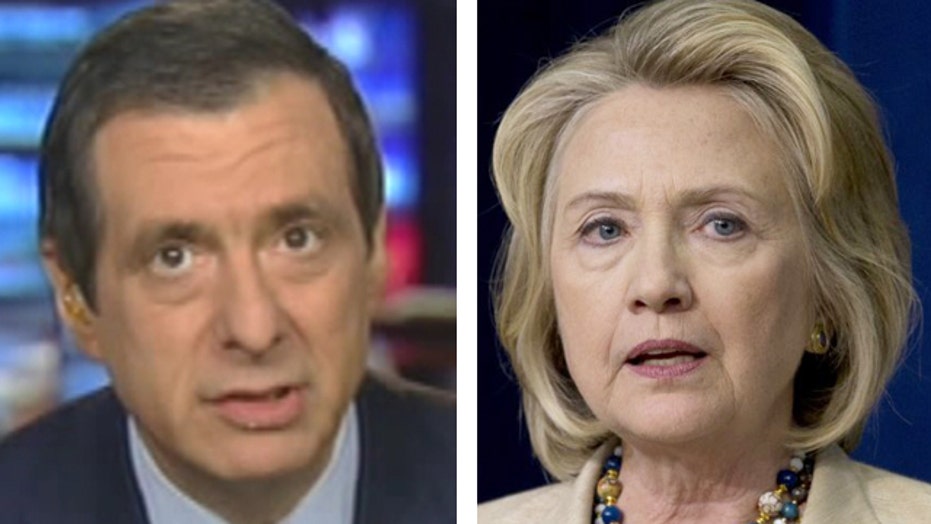 Kurtz: All spin all the time

Washington may be the spin capital of the western world. It’s no accident that my book on the Clinton White House propaganda machine was called “Spin Cycle”—and the central character, presidential press secretary Mike McCurry, described the art as “telling the truth slowly.”

But that was more than 15 years ago. Now spin sometimes means not telling the truth at all, or shading the truth, or saying the issue is actually what some other politician did in some other place.

I’m afraid that cable news enables this culture of ceaseless spin, in part by booking Republican and Democratic strategists or surrogates who are expected to spout arguments on behalf of their party, politician or candidate, whether or not those arguments are tethered to reality. This produces conflict, which is deemed “good TV,” but often sheds little light. And that’s without getting into the analysis and spin by the pundits themselves. It’s enough to make you dizzy, and sometimes I find myself reaching for the mute button.

Maybe we Beltway denizens have grown so accustomed to the blather of the spinmeisters that we no longer regard their less-than-candid blather as unusual. It’s a fact of life, like Washington’s stifling humidity. And perhaps that’s a mistake.

The Atlantic’s Conor Friedersdorf calls out this culture by linking to a Washington Post piece about Democratic unease with Hillary’s handling of her email crisis:

“Last week, supporters in Congress and others were willing to go on cable television to defend Clinton on the e-mails but were puzzled when her aides did not provide talking points or other information that might help them, according to Clinton allies. ‘A lot of people were flying blind,’ said one Democratic ally who spoke on the condition of anonymity to comment candidly. Requests for information ‘were met with dead silence’ from Clinton’s team, this person said. ‘This shows they have a long way to go until their organization is ready for prime time.’”

Then we have Friedersdorf’s translation:

“When Americans saw their Democratic senator or representative defending Clinton, those elected officials didn't just go out and say what they believed to be true. Instead, their aides contacted Team Clinton so that they could coordinate. They were frustrated that they had to expend effort to be told what to say, as they expected a conspiracy to convey greater unanimity to the public than actually exists.

“That this stuff goes on is surprising to no one, and is not at all unique to Democrats. What I find striking is that small corruptions like these are now so accepted that political insiders openly admit their participation to newspaper reporters. And the reaction of those reporters, having gotten explicit confirmation that various national political figures were prepared to advance arguments sight unseen about a major story, is not to expose the culture of political surrogates, but to go on with the show.”

Ouch. I think he nailed it.

The broader problem is that the spinners, enabled by the media, practice a kind of situational morality that changes depending on whose political ox is being gored.

Imagine what the Democratic spinners would be saying if Hillary Clinton had used the State Department’s official email but it turned out that, say, Ted Cruz had conducted all his Senate business on private email. There would be howls of outrage, potshots at his secrecy, demands that he turn over his private server, and so on.

Now imagine that House Speaker Nancy Pelosi had invited Israeli Prime Minister Ehud Olmert to address Congress over the objections of President Bush. Republican spinners would be lambasting her for undermining American foreign policy, while their Democratic counterparts would insist that any supporter of Israel should welcome the move.

Democratic spinners decried Senate filibusters when they were in the majority, and defend such tactics when they’re in the minority—and vice versa.

I think readers and viewers see through most of the partisan smoke and know which strategists make a stab at being honest and which are all about party loyalty. But maybe the media shouldn’t give these folks so much oxygen.