Special Counsel Robert Mueller has submitted to Attorney General Bill Barr his long-awaited report on the investigation into Russian meddling in the 2016 presidential race and possible collusion with Trump associates -- marking the end of the politically explosive probe and the beginning of a new battle over its contents and implications.

The report was delivered Friday afternoon to Deputy Attorney General Rod Rosenstein’s office and it was delivered to Barr’s office within minutes, a senior DOJ official told Fox News. The White House was notified that the DOJ had received the report around 4:45 p.m., before lawmakers on Capitol Hill were informed. Neither the White House nor Congress has seen the actual report.

Both Barr and Rosenstein have seen the report, according to a senior DOJ official.

"The next steps are up to Attorney General Barr, and we look forward to the process taking its course," she said. "The White House has not received or been briefed on the Special Counsel’s report."

Rudy Giuliani and Jay Sekulow, both of whom are counselors to Trump, also released a joint statement.

“We’re pleased that the Office of Special Counsel has delivered its report to the attorney general pursuant to the regulations," the statement said. "Attorney General Barr will determine the appropriate next steps.”

Following word that Mueller was not recommending more indictments, Giuliani told Fox News that they were "confident" the investigation would show there was no collusion.

“This marks the end of the Russia investigation. We await a disclosure of the facts," he said. "We are confident that there is no finding of collusion by the President and this underscores what the President has been saying from the beginning - that he did nothing wrong.” 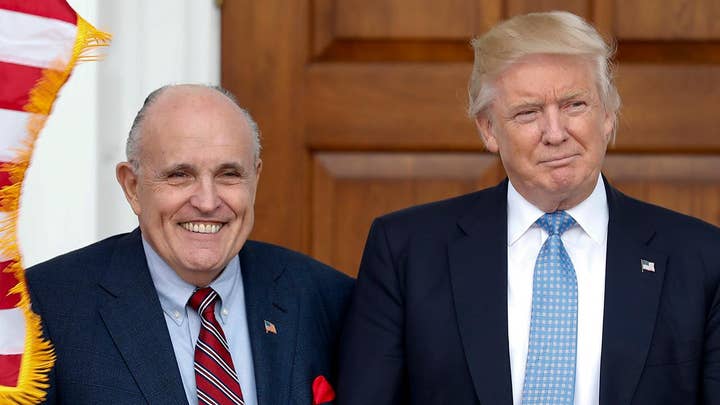 Several lawmakers, including Sens. Lindsey Graham, R-S.C. and Dianne Feinstein, D-Calif., received a letter about the report's submisision. Graham is the chairman of the Senate Judiciary Committee. Feinstein is the ranking member.

“Special Counsel Robert S. Mueller III has concluded his investigation of the Russian interference in the 2016 election and related matters," the letter said.

Barr also said that he “may be in a position to advise you of the Special Counsel’s principal conclusions as soon as this weekend.”

“Separately, I intend to consult with Deputy Attorney General Rod Rosenstein and Special Counsel Mueller to determine what other information from the report can be released to Congress and the public consistent with law, including the Special Counsel regulations, and the Department’s long-standing practices and policies," it continued.

In the letter Barr sent to lawmakers, he wrote that Mueller did not act inappropriately while conducting the probe.

Graham released a statement, confirming that he and Feinstein had been informed of the report's submission, which he said signaled that Barr "will pursue as much transparency as possible."

Graham anticipates that both he and Feinstein will receive further briefing about the report, he said.

"I have always believed it was important that Mr. Mueller be allowed to do his job without interference, and that has been accomplished," the statement said.

It’s not clear how much, if any, of the report will be made public or provided to Congress. None of Mueller’s findings were immediately released.

The president has repeatedly decried Mueller’s probe as a “witch hunt,” emphatically denying he or his campaign colluded with Russia to undermine Democrat Hillary Clinton’s chances in the 2016 race. The president has alleged a slew of internal “conflicts of interest” from Mueller’s team and has previously said his legal team is drafting a “major counter report” in response to its findings.

Mueller’s investigation, which was initially ordered to look into the 2016 election in May of 2017, has gone on for almost two years. It has expanded to probe financial crimes of Trump associates before the election, conversations Trump’s national security adviser had with the Russians during the transition and whether Trump obstructed justice with his comments and actions related to the probe.

Mueller, the former director of the FBI under Presidents George W. Bush and Barack Obama, was appointed special counsel by Deputy Attorney General Rod Rosenstein in May of 2017. In his order, Rosenstein directed Mueller to investigate any links or coordination between the Russian government and individuals associated with the Trump campaign, as well as any other matters that arose from the investigation. 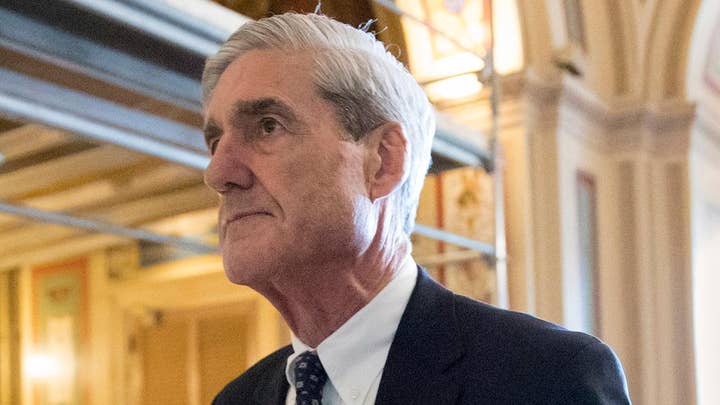 Since then, Mueller’s team has indicted, convicted, or won guilty pleas from 34 people and three companies as part of an investigation that has also probed issues unrelated to the 2016 campaign.

Twenty six Russian nationals and three Russian companies have been charged with interfering in the 2016 presidential election.

But none of the Trump associates connected to Trump have been charged with crimes related to collusion, though Mueller’s team charged former Trump associate Roger Stone in January with lying about his communications with WikiLeaks, which published hacked Democratic emails during the election.

Mueller has also looked at actions taken by Trump after he was sworn in as president, like his firing of FBI director James Comey and his ousting of Attorney General Jeff Sessions.

Sessions, once one of President Trump’s most loyal and trusted advisers infuriated Trump over his recusal from the Russia investigation. In March 2017, Sessions announced his plans to recuse himself after reports surfaced detailing undisclosed conversations with Russian ambassador Sergey Kislyak during the campaign.

Rosenstein, Sessions’ number two at the Justice Department, then took control of the investigation and decided to appoint Mueller to take over the probe.

Rosenstein said at the time, “What I have determined is that based upon the unique circumstances the public interest requires me to place this investigation under the authority of a person who exercises a degree of independence from the normal chain of command.”

Mueller said in a statement, upon his appointment: “I accept this responsibility and will discharge it to the best of my ability.’’

Rosenstein later ceded oversight to then-acting Attorney General Matthew Whitaker when he took over for Sessions. But the report was submitted to Barr, who was confirmed in February by the Senate as attorney general.