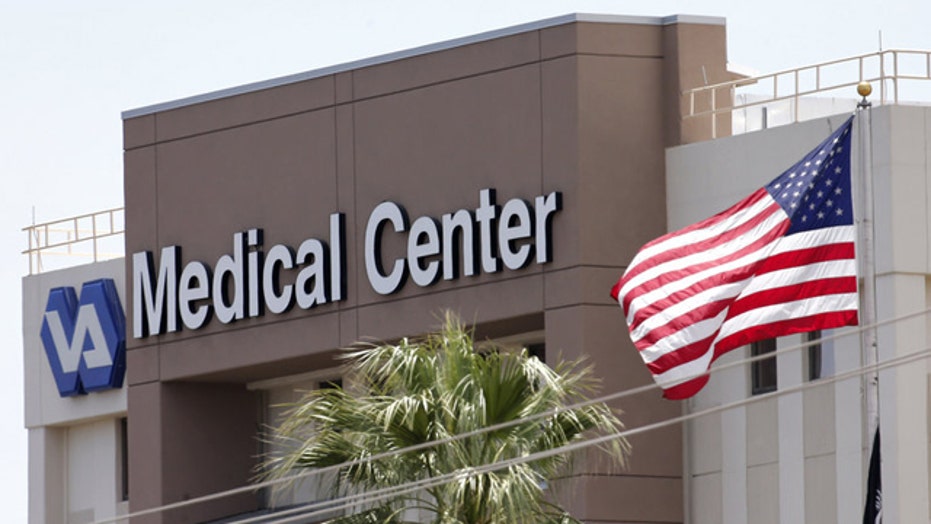 No one fired for Veterans Affairs wait list scandal?

WASHINGTON – A North Carolina veteran very much alive is fighting for his life following a clerical error that resulted in his family getting a document from the departments of Veterans Affairs and Defense stating he had died.

The notices, along with the government's condolences, came with two checks to help pay for burial costs for Robert Pressley -- but because the system now says Pressley is deceased, his benefits reportedly have been terminated.

Pressley, who supports a small family and is unable to work due to combat-related injuries, cannot afford to lose his benefits, he told WECT-TV.

“To prove that I am alive is just insane and it scares me to death,” he said. “That at a touch of a button or because of someone’s clerical error my whole life can be taken away from me and it is.”

Pressley also claims duplicate letters were sent to his ex-wife, even though he told the VA multiple times he was divorced and has since remarried.

Complicating matters is the practice of the Social Security Administration, which does not verify the death reports it receives from multiple sources, including state vital records agencies and seven federal agencies. The VA, the Internal Revenue Service and the Pension Benefit Guaranty Corporation are among the agencies that report deaths to the SSA.

According to a March GAO report, errors forced the SSA to delete nearly 8,200 deaths from its death data between February 2012 and January 2013.

Though it’s difficult to determine exactly how many incorrect death notices have been sent via the VA, Pressley’s case does not seem to be unique.

In it, the VA extended its “deepest sympathy” to his wife Dorothea Fales.

James Fales, who, like Pressley, opened the letter himself, told KFSM –TV, “When you're pronounced dead, and you are the one opening the letter, it isn't really a bad thing.”

Fales, a retired sergeant, receives treatment for post-traumatic stress disorder and an ankle injury at the Veterans Health Care System of the Ozarks in Arkansas.  His condolence letter was dated Jan. 8, 2015, but Fales said he got a call from the VA hospital seven days later asking for a follow-up doctor’s appointment.

In Fales’ case, the VA in Arkansas apologized for the error and issued a public statement to veterans that the agency was working on fixing the mistake.

The VA told FoxNews.com it is trying to determine what happened in Pressley's case and correct the error.

“(The VA) is committed to providing all eligible veterans, service members and survivors with their earned care and benefits," Randy Noller, a spokesman for the VA, told FoxNews.com. "VA also takes seriously its obligation to properly safeguard any personal information within our possession. Without a privacy waiver from the veteran, we are very restricted by privacy laws and policies in what we can provide at this time."