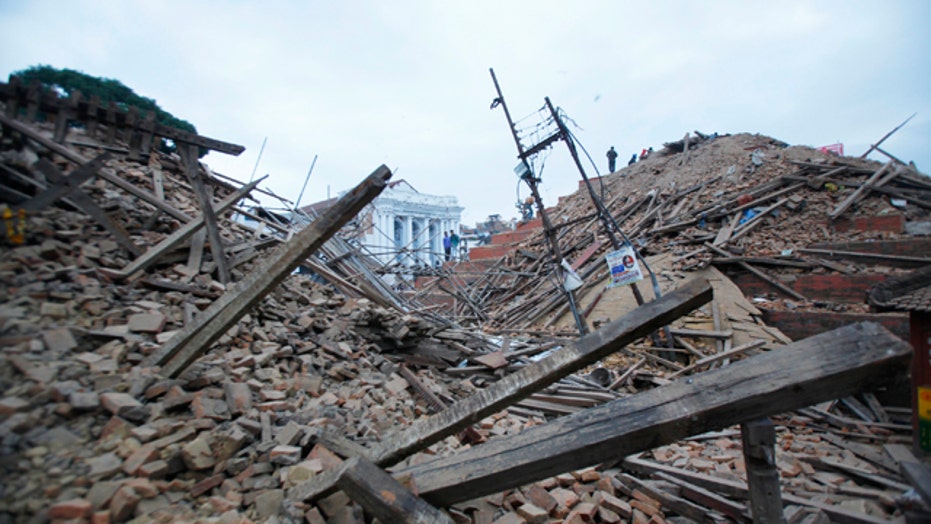 Death toll rises to over 1,100 in Nepal earthquake

WASHINGTON – The United States is sending a disaster response team and $1 million in aid to Nepal following a devastating earthquake that shook three countries.

The White House and Secretary of State John Kerry are offering condolences along with pledging the support.

The magnitude 7.8 earthquake outside the capital Kathmandu killed more than 1,000 people in Nepal, India and Bangladesh. It also toppled buildings and triggered an avalanche on Mount Everest.

Kerry says in a statement that the United States stands with the people of Nepal and sends heartfelt sympathies.

He says USAID is preparing to deploy the disaster assistance response team and is activating an urban search and rescue team.