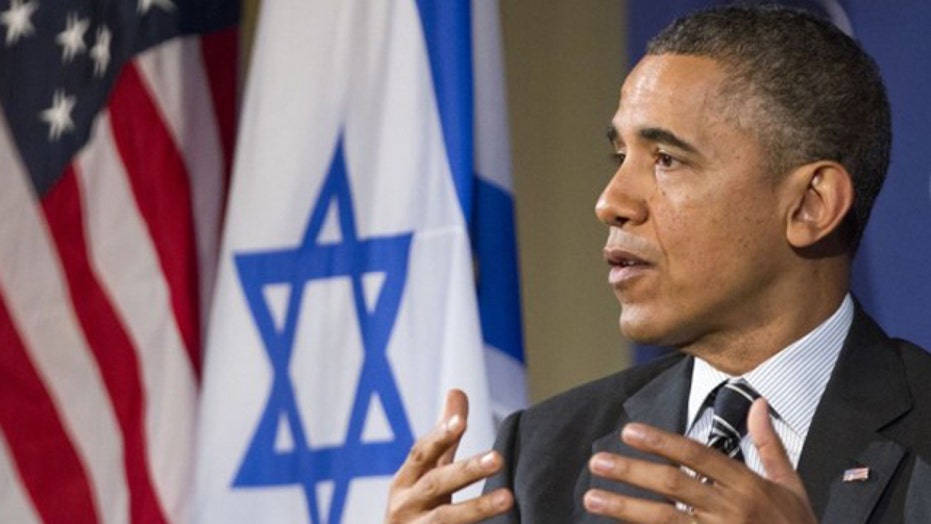 U.S. negotiators reportedly lowered the bar for their own goals during talks over Iran's nuclear program in response to resistance from the Tehran team. And, on the heels of a framework deal being announced in Switzerland, France's top diplomat on Friday admitted his country had initially held out for firmer terms.

The emerging reports indicate the U.S. team, led by Secretary of State John Kerry, gradually backed down over the course of the talks as Iran's delegation dug in. The Wall Street Journal, citing current and former U.S. representatives at the discussions, claimed the White House had initially hoped to persuade Iran to dismantle much of the country's nuclear infrastructure when talks started in late 2013, only to be told categorically that Iran would not do so.

The Journal reported that one Iranian diplomat called the nuclear program "our moon shot," comparing it to the U.S. space program in the 1960s as a symbol of national pride and advancement. From that point, the Journal reports, the U.S. accepted that any possible deal would likely enable Iran to continue to enrich some uranium to produce nuclear fuel and turned their focus to extending Iran's so-called "breakout time" or the minimum period that Iran would need to build a nuclear weapon.

The framework of an agreement was announced Thursday after marathon talks in Switzerland that stretched two days past their original deadline.

The plan, containing dozens of provisions, would effectively require Iran to wind down or suspend parts of its nuclear program that could be used for nuclear weapon development in exchange for sweeping sanctions relief. The preliminary agreement allows all sides -- the U.S., Iran and five other world powers -- to continue working toward a final deal by a June 30 deadline.

However, not all of the Western powers appeared completely pleased with the agreement. On Friday, French Foreign Minister Laurent Fabius told Europe 1 radio that France had rejected an original of the deal outline as "not solid enough", and had held out for firmer conditions. However, Fabius told the radio station that the Iranian delegation had responded by threatening to walk out of the talks.

The French delegation was considered by observers to be one of the hardest bargainers of the P5+1 countries, a group which also included the U.S., Britain, Germany, Russia and China. Fabius told Europe 1 that France wants a firm deal "to prevent other countries in the Gulf such as Saudi Arabia from embarking on nuclear proliferation."

As for the framework itself, Fabius called it a "very important" step, but noted that "the end of the road is the end of June."

According to the Journal, U.S. scientists concluded that a year was enough time for the West to detect any move by Iran to build a nuclear bomb and execute a response. As part of keeping Iran at the table, the paper reports the U.S. made more concessions to Tehran. Some of which reportedly angered their negotiating partners, most notably the French.

What resulted, according to a fact sheet released by negotiators Thursday, was an agreement that called for Iran to reduce the number of its centrifuges from 19,000 to around 6,100, with most enriching uranium for 10 years.

Iran also agreed not to enrich uranium at its contentious Fordo facility for at least 15 years, and would not build any new facilities for enrichment for the same time period. The framework would allow international inspectors to have "regular access" to nuclear sites. In exchange, U.S. and European Union sanctions would be suspended after inspectors verify Iran "has taken all of its key nuclear-related steps." Sanctions, the document said, would "snap back" if Iran breaches the commitments.

"Our work is not yet done," Obama said in a Rose Garden speech Thursday, after promising, "If Iran cheats, the world will know it."