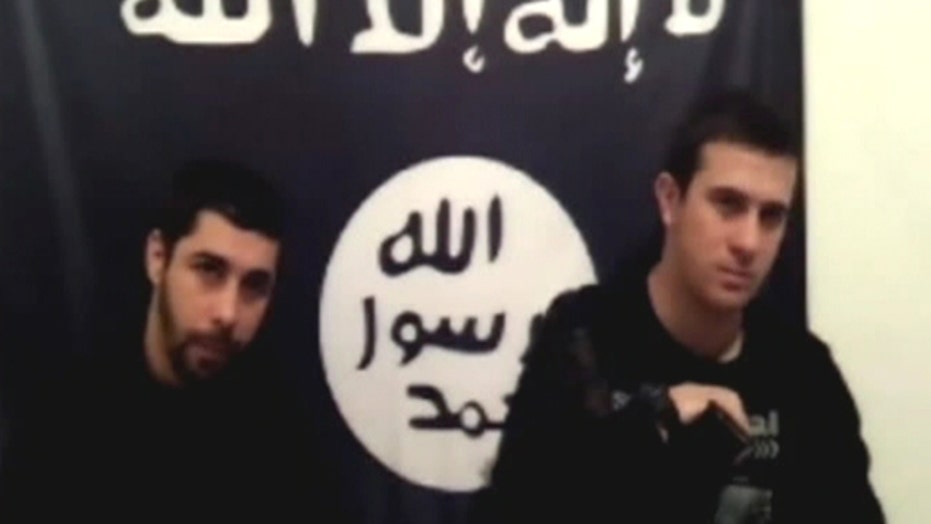 The United States has offered its "full support" to the Russian government as security precautions are taken ahead of the Winter Olympics next month, the Pentagon said Monday.

"Air and naval assets, to include two Navy ships in the Black Sea, will be available if requested for all manner of contingencies in support of -- and in consultation with -- the Russian government," Navy Rear Admiral John F. Kirby said in a statement, adding, "there is no such requirement at this time."

The announcement comes one day after top Capitol Hill lawmakers expressed concerns about terror attacks at the  games in Sochi, Russia, amid nearby terror attacks and Russian President Vladimir Putin’s assurances that his country will “do whatever it takes” to protect athletes and visitors.

McCaul is among those who think an attack during the games next month will most likely occur outside of the Olympic city and that terrorists will go after “soft targets” such as roads and transportation systems.

McCaul, who is in Moscow this weekend, declined to directly answer the question of whether he would tell Americans they would be safe to travel to the games, saying only that he will “do everything I can” to make sure the games are safe for everybody, including the estimated 15,000 Americans who will attend.

His comments were preceded on the show by an interview with Putin, who said the job of the Olympic host is to provide security and “we will do whatever it takes.”

The concerns follow a string of threats and apparent terror attacks in Russia.

On Sunday, in a new video that was posted on the website of the Chechen militant group Vilayat Dagestan, two militants vowed that tourists and Russians attending the games would not be safe.

In the video, the Russian-speaking men sitting in front of black banners with Arabic verses warn Putin that if the games are held, "we will give you a present for the innocent Muslim blood being spilled all around the world."

They add that "for the tourists who come there will be a present, too."

On Friday, nine people were injured when a bomb exploded in the Russian southern province of Dagestan, which has become the center of an Islamist insurgency that has spread across the Caucasus region after two separatist wars in Chechnya.

The region is about 300 miles east of Sochi.

They followed two suicide bombing attacks in Volgograd in late December that killed 31 people and are believed to also have been orchestrated by Islamic militants. One attack was at a bus station, the other was at a train station. Such attacks had been limited to the country’s North Caucasus region, to which at least one of the Boston Marathon bombers was connected.

McCaul suggested the two suicide bombers in December were connected to an Al Qaeda faction.

McCaul, Rep. Mike Rogers, R-Mich., and Sen. Angus King, I-Maine, all said Sunday that they wanted to see better cooperation between U.S. and Russian officials with the games set to start in about three weeks.

Putin said the aim is to try to make sure security measures "don't jump out at you, are not in your face and don't put pressure on the athletes, visitors or reporters."

The State Department has issued a travel warning for the games.

Rogers, chairman of the House Intelligence Committee, said he is most concerned that Russian officials aren't sharing their intelligence gathering with the United States.

"We don't seem to be getting the information we need to protect our athletes," he said on CNN's "State of the Union."

"They're not giving us the full story."

Without a bigger effort to cooperate, Rogers said, "I don't think anything will abate that concern short of full cooperation from the Russian security services."

King said he is not only concerned about the Olympics, but that other major sporting events could be targets in the future, including the World Cup in Brazil.

"I'm afraid it will be a concern anywhere in the future," he said.