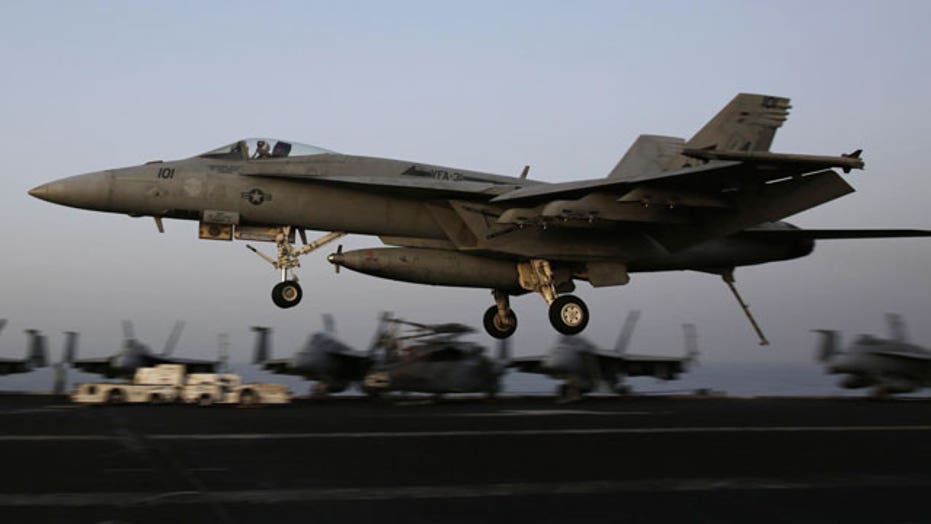 U.S. launches airstrikes outside of Baghdad

The U.S. military launched airstrikes against the Islamic State militants in Iraq Monday in its first move in the newly broadened mission authorized by President Obama to go on the offensive against the terror group.

The U.S. Central Command said in a press release that the strikes were conducted to provide  support for Iraqi security forces fighting the militants southwest of Baghdad.

"The airstrike southwest of Baghdad was the first strike taken as part of our expanded efforts beyond protecting our own people and humanitarian missions to hit ISIL targets as Iraqi forces go on offense, as outlined in the president's speech last Wednesday," the release said.

Six Islamic State vehicles and a militant fighting position that was firing on Iraqi forces were destroyed in the strikes.