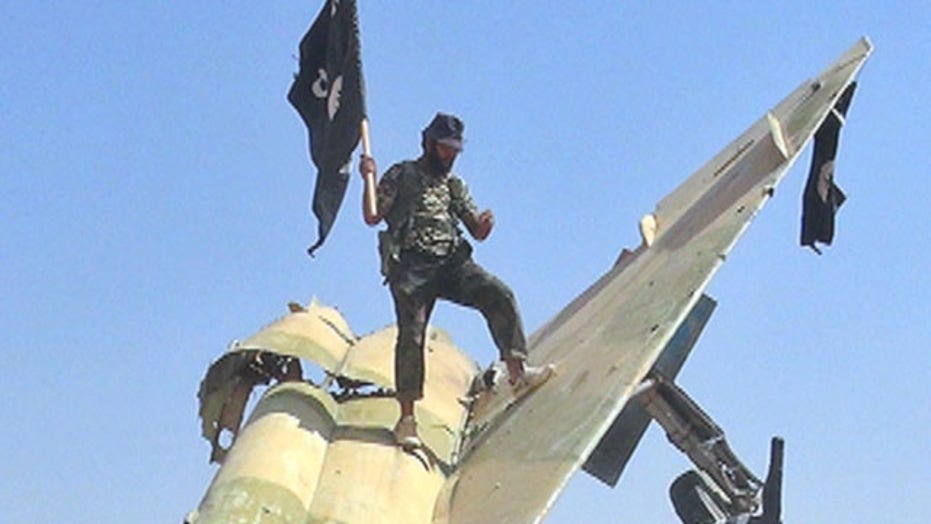 Will Arab countries step up fight against ISIS?

The Washington Institute's David Schenker on coalition's next steps

WASHINGTON – The U.S. has screened about 1,200 moderate Syrian rebels who could participate in a new training program so they eventually can return to the fight against Islamic State insurgents who have taken control of large portions of Syria, the Pentagon said Wednesday.

Press secretary Rear Adm. John Kirby says the fighters will continue to be screened as they move through the process, and they could go to any of the three training facilities in Turkey, Saudi Arabia and Qatar — once those sites are set up.

The rebel fighters, who come from several moderate groups in Syria, will get training on basic military equipment and skills, including firearms, communications and command and control abilities.

Maj. Gen. Michael Nagata, the military officer in charge of the Syria train and equip program, has been heading the screening operation. An advance team of about 100 U.S. troops in the region setting up the training sites, and eventually there will be about 1,000 troops involved in the program, including several hundred trainers. The remained will do security, logistics and other support duties.

Kirby said that once the Syrian fighters are trained, they might be able to help provide information to coalition forces conducting airstrikes against Islamic State militants.

"It's not about, you know, creating a wing of forward air controllers" who call in airstrikes on specific targets, said Kirby. "But, could it be useful to have eyes on the ground to help us be more precise? Or just as critically, not make a tragic mistake? Absolutely."

The U.S. has been talking about training moderate Syrian rebels for months, but has been moving very slowly to identify groups and screen the fighters in an effort to ensure that enemy insurgents aren't brought in.

The U.S. military has been launching targeted airstrikes against the Islamic State group in Iraq since August, and expanded the campaign into Syria in September. The group has declared a self-styled Islamic state ruled by its strict religious views in territory it seized across much of Iraq and Syria, marked by a brutal campaign of mass murders, beheadings, torture and slavery.

Congress passed legislation authorizing the military to arm and train moderate Syrian rebels, providing $500 million for the U.S. to train about 5,000 rebels over the next year. Officials have said they expect the training could begin in March or April.