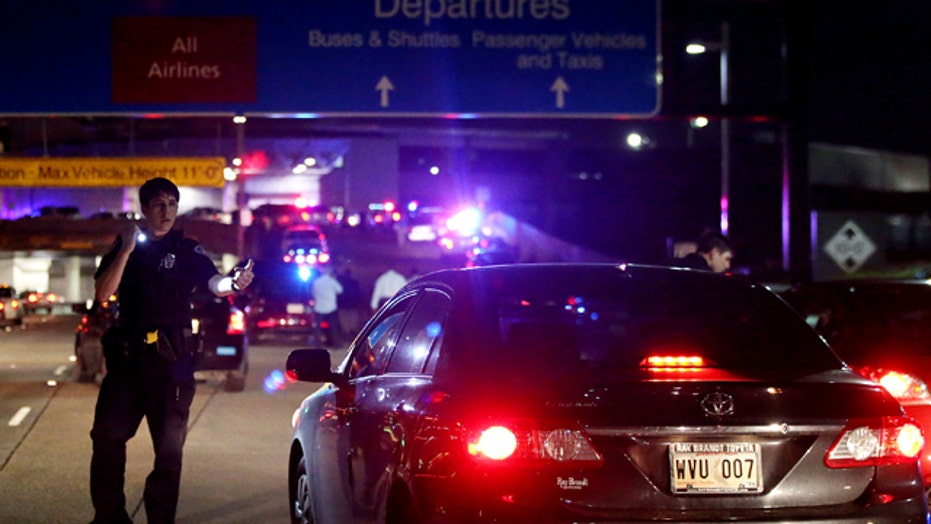 The union representing Transportation Security Administration officers is renewing its call to let some agents carry guns, in the wake of another airport attack.

A machete-wielding man attacked two TSA workers last Saturday at the New Orleans airport. He allegedly sprayed one TSA worker with wasp killer and slashed another TSA agent with his machete -- before he was shot by a third, non-TSA, officer. The attacker, identified as Richard White, 63, died at a local hospital.

The American Federation of Government Employees (AFGE), the union representing the TSA, said the attack is a "sad reminder" that more needs to be done to keep airports safe. Specifically, the union wants an armed TSA unit.

“For years, AFGE has advocated for a new law enforcement unit within TSA, specially trained and armed to respond to such attacks, and for other safety measures at screening checkpoints,"  AFGE President J. David Cox said in a statement. "We applaud the response of law enforcement officers who ended [the attack] ... but many other airports are not prepared to respond as quickly or as effectively.”

Historically, TSA leadership and members of Congress have not been in favor of arming TSA officers. On the congressional side, lawmakers already complain about incidents of agents allegedly violating privacy rights and are leery of allowing them to be armed.

But Cox compared the latest attack to the tragic shooting of officer Gerardo I. Hernandez in Los Angeles in November of 2013.

“The security of TSOs [transportation security officers] and the flying public at checkpoints is a real concern,” the union tweeted on Monday. “We can't just keep repeating the same incident over [and] over.”

Since the shooting in Los Angeles in 2013, the TSA has taken several significant actions, such as mandating active-shooter training exercises for employees. According to a spokesperson to the TSA, the agency itself still does not support allowing weapons for workers at security gates.

The idea is that the TSA is responsible for ensuring safety through communication – not force.

Rep. Richard Hudson, R-N.C., former chairman of the House Transportation Security Subcommittee, said in 2013 that he was against arming TSA workers. Two years later, he is standing by that position.

“I remain opposed to arming TSA officers and believe we need to continue to look at how law enforcement is deployed in our nation’s airports,” Hudson said in a statement to Fox News. “Airports remain a target, that’s why it is so important we pass the Gerardo Hernandez Airport Security Act." That bill would require the TSA to have response plans at all airports and would push for better communication between the TSA and local law enforcement.