Fleischer: Shutting down immigration to US doesn't sound good

A U.N. human rights expert is calling on the U.S. to release migrants being held in Immigration and Customs Enforcement detention centers as part of an effort to counter the coronavirus pandemic, adding that detention should be used only as a last resort.

“It is very difficult to keep the necessary physical distance in overcrowded detention facilities. Significantly reducing the number of detained migrants by releasing them into alternative settings can easily solve this,” U.N. special rapporteur on the human rights of migrants Felipe González Morales said.

Specifically, Gonzalez Morales said that U.N. staff had received reports of poor conditions and health care in a processing center in Washington state.

“None of those migrants are detained for criminal offenses, but are simply awaiting decisions on their immigration claims,” he said.

According to a statement from the U.N. Office of the High Commissioner for Human Rights, he concludes that immigration detention should be used as a “last resort” and that “non-custodial, community-based accommodation” should be used instead.

The U.N. is a frequent critic of President Trump's immigration policies, and regularly calls for the loosening of restrictions and the freeing of those in the country illegally. But a focus on the risk of coronavirus in detention has increased in recent weeks.

The Trump administration has taken a number of efforts to keep the numbers in custody low -- including turning away illegal immigrants and asylum seekers at the border to keep them in detention for as little time as possible.

Customs and Border Protection (CBP) Commissioner Mark Morgan told Fox News this month that his agency is averaging less than 100 migrants in custody today "versus 20,000 ten months ago. We're averaging about 500 to 600 encounters per day when back in May, that was thousands per day." 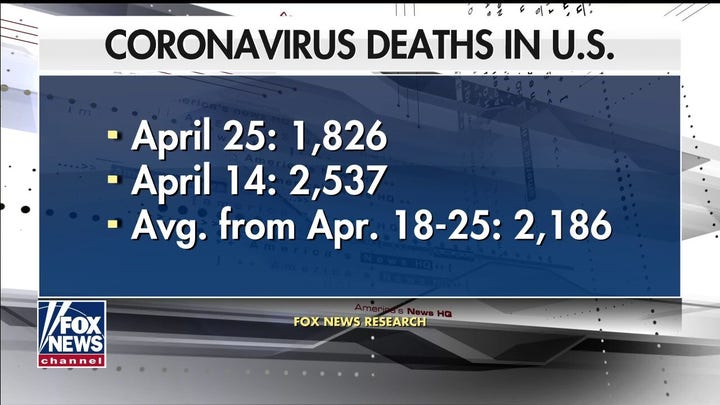 Meanwhile, acting Deputy Homeland Security Director Ken Cuccinelli said last week that 693 immigrants in custody have been identified for release, specifically because they are more vulnerable to the virus and its effects.

Cuccinelli said that when working out who to release, officials also considered a broad range of other factors, including immigration history, any criminal record, the potential threat to public safety, potential flight risk and any national security risks.

The Trump administration has given no indication that it is considering anything but a limited release of migrants specifically at risk of COVID-19. Those who are released will be given alternatives to detention, which could include restrictions such as ankle bracelets.

Department of Homeland Security officials said that so far there have been no coronavirus-related deaths among people in custody or released — and emphasized that enforcement actions against those in the country illegally are continuing, including deportation flights.