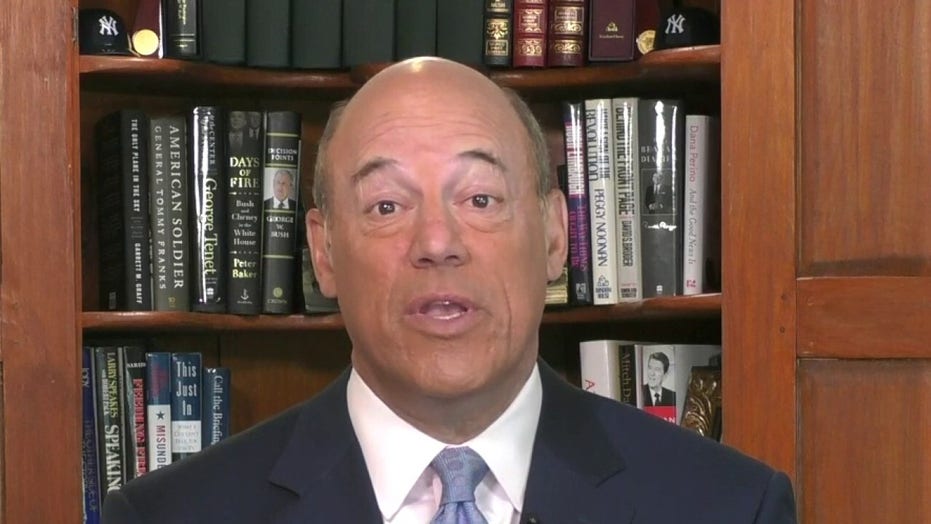 Ari Fleischer weighs in on the fight over mail-in-ballots and cites several examples of voter fraud, including a dead voter

Twitter slapped a warning label on one of President Trump's tweets for the first time on Tuesday, cautioning readers that despite the president's claims, "fact checkers" say there is "no evidence" that expanded, nationwide mail-in voting would increase fraud risks -- and that "experts say mail-in ballots are very rarely linked to voter fraud."

Within minutes, Trump accused Twitter of "interfering in the 2020 Presidential Election ... based on fact-checking by Fake News CNN and the Amazon Washington Post." The president added that the platform "is completely stifling FREE SPEECH" and vowed: "I, as President, will not allow it to happen!"

The warning label prompted conservatives to again condemn Twitter for what they have called its apparent left-wing bias: Just two months ago, Twitter flagged a video uploaded by the Trump campaign as "manipulated media," only to rebuff the campaign's efforts to have the platform flag a similar video uploaded by the Biden team.

Experts have said that a "genuine absentee ballot fraud scandal" is currently underway in a New Jersey city council election.

The Wall Street Journal's James Taranto pointed out that Twitter hadn't fact-checked Trump's charge that the platform was interfering improperly in the election. "Hmm, no fact check on this so I guess it must be true!" he wrote.

In a post retweeted by the Trump campaign, The Daily Caller's Logan Hall noted that Twitter has not appended a warning label on tweets from Chinese government representatives engaging in a propaganda campaign to blame the U.S. for the spread of coronavirus. "The deeper problem: many of the big tech companies that people hold near and dear to their hearts have no actual allegiance to America or American values," Hall wrote.

"Wow," wrote Michael James Coudrey, the CEO of Yuko Social, a social media engine for politicians and organizations. "Look what Twitter is doing to the President of the United States [sic] tweets. They are attaching a link then saying according to CNN and Washington Post, what he is saying is unsubstantiated. This is insane."

Earlier Tuesday, Trump wrote: There is NO WAY (ZERO!) that Mail-In Ballots will be anything less than substantially fraudulent. Mail boxes will be robbed, ballots will be forged & even illegally printed out & fraudulently signed. The Governor of California is sending Ballots to millions of people, anyone living in the state, no matter who they are or how they got there, will get one. That will be followed up with professionals telling all of these people, many of whom have never even thought of voting before, how, and for whom, to vote. This will be a Rigged Election. No way!!

Within hours, Twitter then appended a label to the bottom of the tweet reading, "Get the facts about mail-in ballots."

Clicking that label brings readers to a paragraph reading: "On Tuesday, President Trump made a series of claims about potential voter fraud after California Governor Gavin Newsom announced an effort to expand mail-in voting in California during the COVID-19 pandemic. These claims are unsubstantiated, according to CNN, Washington Post and others. Experts say mail-in ballots are very rarely linked to voter fraud."

A Twitter spokesperson told Fox News that Trump's tweets "contain potentially misleading information about voting processes and have been labeled to provide additional context around mail-in ballots," and that "this decision is in line with the approach we shared earlier this month."

Twitter did not respond to Fox News' inquiries about whether consideration was given for The Washington Post or CNN's political leanings, or why its warning label appeared to be contradictory -- saying both that there was "no evidence" that mail-in balloting leads to fraud, and at the same time, that there was indeed evidence that mail-in balloting had been linked to fraud, although only "very rarely."

However, Republicans have long argued that many states fail to adequately clean up their voter rolls. Last year, California was forced to remove 1.5 million ineligible voters after a court settlement last year when California's rolls showed a registration of 112 percent.

And, data from the U.S. Election Assistance Commission indicates that roughly 28 million mail-in ballots have disappeared in the past decade.

“Putting the election in the hands of the United States Postal Service would be a catastrophe. Over the recent decade, there were 28 million missing and misdirected ballots,” PILF President and General Counsel J. Christian Adams said in a statement. “These represent 28 million opportunities for someone to cheat. Absentee ballot fraud is the most common; the most expensive to investigate; and can never be reversed after an election. The status quo was already bad for mail balloting. The proposed emergency fix is worse.” 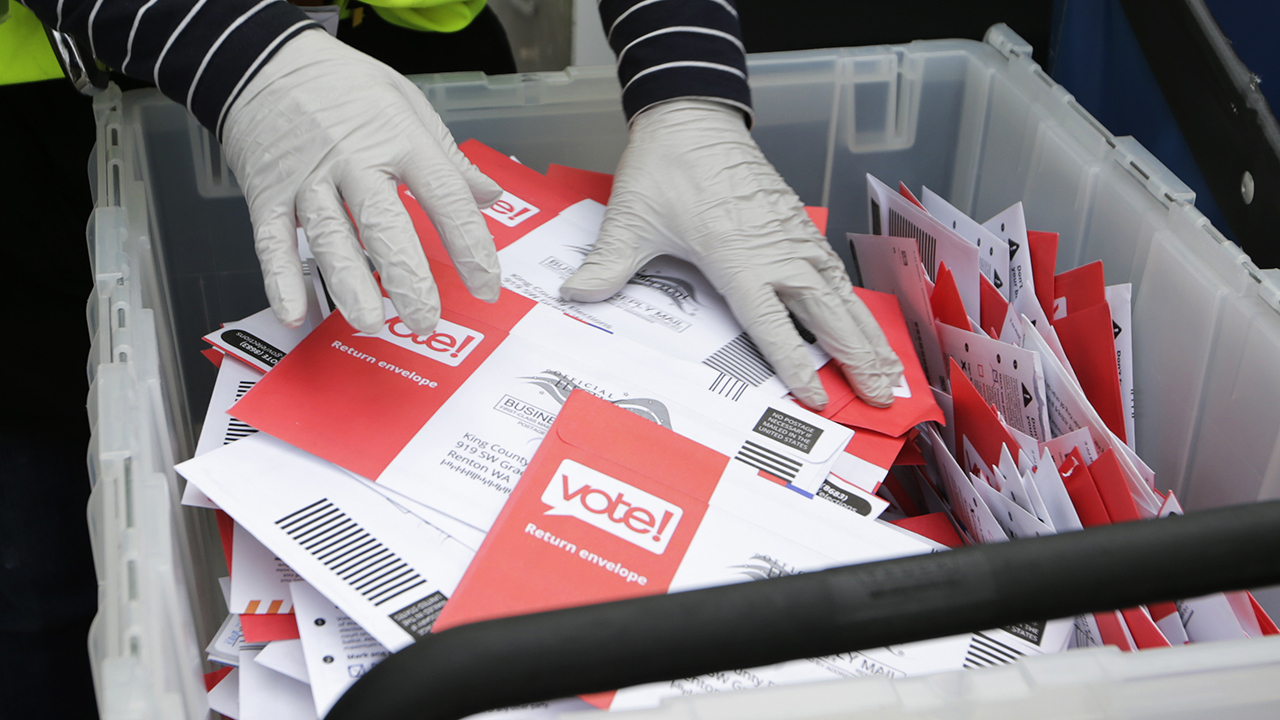 Election integrity has become one of the upcoming election's most prominent issues. On May 20, Trump threatened to withhold federal funds from Michigan if it pursued mail-in balloting -- a questionably constitutional move, given general prohibitions against the federal government forcing state action on matters ordinarily within states' jurisdiction.

Current laws generally allow absentee ballots to be sent in only if a specific reason is provided, but Democrats are seeking to rapidly expand mail-in voting while eliminating some verification steps, like signature verification.

"Michigan sends absentee ballot applications to 7.7 million people ahead of Primaries and the General Election," Trump wrote. "This was done illegally and without authorization by a rogue Secretary of State. I will ask to hold up funding to Michigan if they want to go down this Voter Fraud path!"

The Republican National Committee (RNC) earlier this month aunched ProtectTheVote.com, a digital platform that the GOP says is part of its all-hands-on-deck effort to "protect against the Democrats' assault on our elections" as progressives push for sweeping changes, including vote-by-mail and more ballot harvesting, amid the coronavirus pandemic.

That was a message echoed by Trump in a tweet last month: "GET RID OF BALLOT HARVESTING, IT IS RAMPANT WITH FRAUD. THE USA MUST HAVE VOTER I.D., THE ONLY WAY TO GET AN HONEST COUNT!"

Suspicion of big tech has reached a critical mass in recent months. Also on Tuesday, Oculus VR founder Palmer Luckey discovered that YouTube was censoring comments critical of the Chinese government. YouTube called the censorship a mistake, but offered no details; Republicans, in turn, sought a closer look.