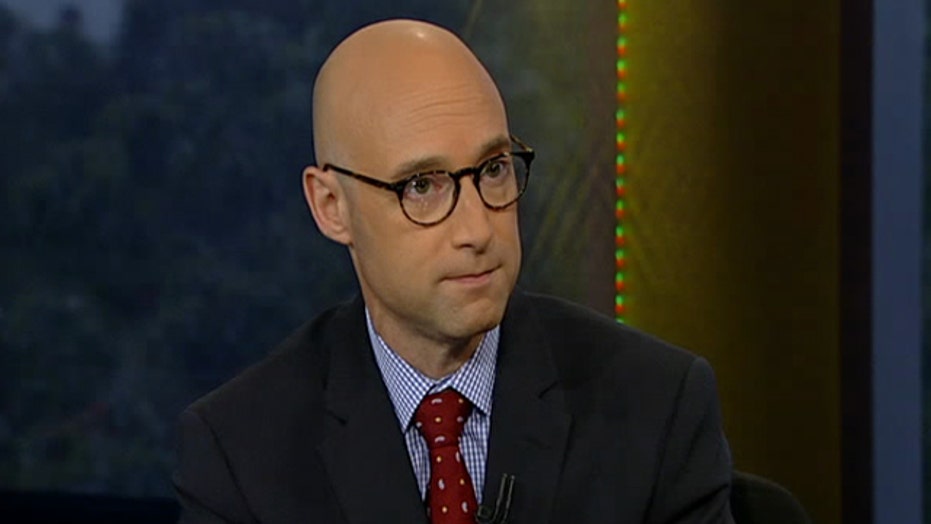 I was covering the New Hampshire primary in 1992 when word broke that the tabloid Star was quoting a woman named Gennifer Flowers as claiming she had a 12-year affair with Bill Clinton.

That’s all the reporters on the trail were talking about, but their bosses were cautious: Were these just cash-for-trash allegations that didn’t deserve to be published? But when Flowers held a news conference, much of the media covered it—with some notable exceptions. The New York Times devoted one paragraph to the event.

“I am ashamed for my profession,” Max Frankel, then the paper’s executive editor, told me. “We don’t want to report on the candidates’ sex lives.”

It was five years after the press had driven Gary Hart out of the previous presidential race over his relationship with Donna Rice. In his new book “All the Truth Is Out: The Week Politics Went Tabloid,” Matt Bai argues that this was a turning point that produced a new era in which the media are more interested in proving that politicians are scoundrels than in the issues they run on. (See my web-exclusive interview with Bai here.)

I think Bai raises all the right questions in this highly readable and well-reported book. But his conclusions are clouded by his sympathy for Hart and his nostalgia for a time when the press and the pols were a little too cozy and few stories of philandering became public.

As Bai himself reports, Hart regularly stayed at the Manhattan apartment of Sydney Gruson, a top New York Times executive, and crashed for a while at Bob Woodward’s Washington home. And the Times’ head-in-the-sand response to the Gennifer Flowers story—which forced Bill and Hillary Clinton to go on “60 Minutes” and threatened to knock him out of the primaries—showed that the Hart episode didn’t revolutionize media attitudes quite so quickly.

This all seems so quaint in 2014. Just think: Clinton. Mark Sanford. John Edwards. Eliot Spitzer. Rudy Giuliani. Newt Gingrich. John Ensign. Anthony Weiner. Jim McGreevey. And on and on. Politicians with zipper problems have become just more fodder for the media machine. Some have survived and some have not, but hardly anyone questions the media’s responsibility to investigate lying and hypocrisy.

Are many in the news business overly prosecutorial or fixated on personal foibles? Sure.  But character counts. And just as the Flowers flap presaged what would happen in Clinton’s presidency, I think Bai underestimates the role of character in politics, no matter how incisive Hart’s collection of position papers may have been.

The fact is that Gary Hart lied, which is pretty obvious to anyone who’s seen the photo sold to the National Enquirer of Donna Rice on his lap, with the Democratic senator wearing a Monkey Business T-shirt. And Hart tried to make the press the issue by accusing the Miami Herald, whose reporters had staked out his D.C. townhouse, of publishing a false story.

The larger point is that even if Hart had stayed in Colorado, we would still be in an era where cheating politicians are being caught (cellphone cameras and Twitter didn’t exist in 1987), and pols would still be increasingly wary of talking to reporters. I agree with Bai that it’s a shame many candidates operate in a hermetically sealed bubble. But that’s largely because of the speed of the news cycle and their realization that one ill-chosen phrase can torpedo them, as well as their ability to bypass the filter on YouTube and elsewhere.

Besides, haven’t we had enough lying and dissembling politicians since Watergate? Aren’t journalists justified in being aggressively skeptical?

Bai casts doubt on the decision by Paul Taylor, then with the Washington Post, to ask Hart at a tense news conference, “Have you ever committed adultery?” My response is, in that situation, how do you not ask that question?

It doesn’t matter that Hart’s famous “follow me around” boast to E.J. Dionne in the New York Times Magazine wasn’t published until after the Herald stakeout. By becoming a White House contender, he automatically invited scrutiny. And Bai rightly dinged Newsweek and other publications for reporting rumors of his womanizing before anyone had any proof.

Bai writes that the media changed profoundly after Hart: “There was no greater calling than to expose the lies of a politician, no matter how inconsequential those lies might turn out to be or in how dark a place they might be lurking.”

Tom Fiedler, one of the Herald reporters who staked out Hart, became the paper’s editor and is now dean of Boston University’s College of Communication, responds in Politico:

“A week or so before the Herald and the Times’ articles ran, in an interview with me, Hart had been similarly dismissive of the womanizing allegations, saying, ‘I’ve been in public life for 15 years and I think that if there was anything about my background that anybody had any information on, they would bring it forward. But they haven’t.’ The Hart quote I published wasn’t as dramatic as the one Hart provided to Dionne, but its intent was the same. And it was a lie. That’s not news?

“Much of Bai’s article is taken up by his recounting of the Herald’s pursuit of the tip about Hart’s affair with Rice, culminating in her weekend trip to see him in Washington, D.C. My colleagues and I verified the tryst—and thus the lie—during that admittedly awkward confrontation in an alley behind Hart’s Capitol Hill townhouse while Rice waited inside.

“Twenty-seven years later, here is the question I would ask of Bai: What should we have done at that moment? Should we have closed our notebooks and caught the next plane back to Miami, concluding that reporting the lie wasn’t newsworthy? That it was inconsequential—and not just to us, but to potentially millions of voters?”

The New York Times, by the way, wasn't the only outlet that blew the Hart story. Says David Shribman, then with the Wall Street Journal, now editor of the Pittsburgh Post-Gazette:

"I was the Journal’s lead political writer when this question, as ancient as the time of the Greeks, was raised in Hart’s case. Albert R. Hunt Jr., the paper’s Washington bureau chief, and I discussed the episode that Sunday morning, and he happily bought my argument that the paper should not write about it; it wasn’t our sort of story. It was a high-minded luxury that we could not afford to continue even for one more day, as the Hart campaign spiraled into chaos."

Matt Bai has written an important book. He despairs of “the moment when the nation and its media took a hard turn toward abject triviality.” It’s hard to argue with the triviality part, but I’d blame all the political leaders that have let us down over the decades, rather than just hanging it on Gary Hart.