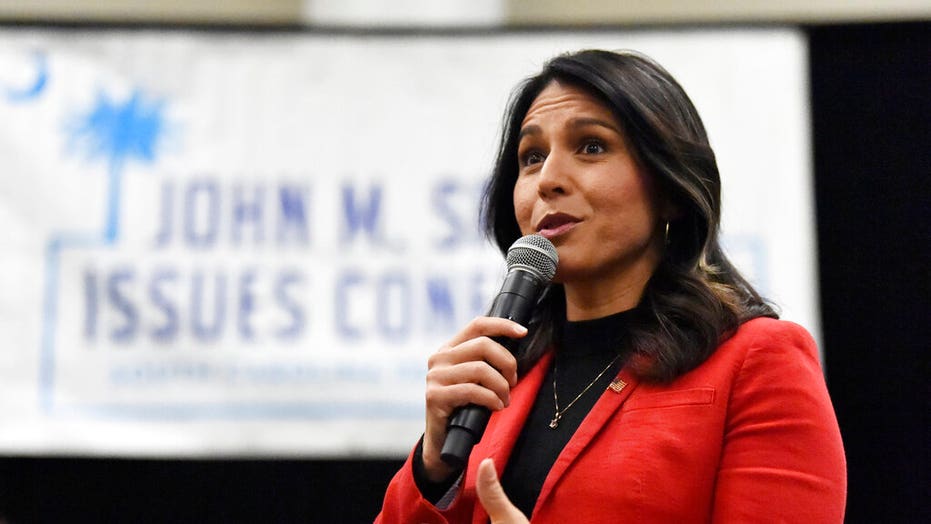 Democratic Rep. Tulsi Gabbard doubled down Thursday on her decision to vote “present” on two articles of impeachment against President Trump that cleared the House on Wednesday.

The House voted 230 to 197 to impeach Trump for abuse of power, and 229 to 198 for obstruction of Congress. Votes fell mostly along party lines but Gabbard, a 2020 presidential hopeful, cast the only “present” vote on each article of impeachment.

After the vote, the Hawaii congresswoman issued a lengthy statement saying Trump “violated public trust,” but that voters would be able to hold him accountable in the 2020 election.

“I could not in good conscience vote against impeachment because I believe President Trump is guilty of wrongdoing,” she explained. “I also could not in good conscience vote for impeachment because removal of a sitting president must not be the culmination of a partisan process, fueled by tribal animosities that have so gravely divided our country.”

MEGHAN MCCAIN: TULSI GABBARD HAS ‘BALLS OF STEEL’ FOR VOTING ‘PRESENT’ ON IMPEACHMENT

Her decision was widely criticized as being non-committal. Rep. Alexandria Ocasio-Cortez, D-N.Y., said that “to not take a stand one way or another, on a day of such great consequence to this country, I think is quite difficult.”

Gabbard took to Twitter to elaborate on her “present” vote as an “active protest” against the “zero-sum” game that Democrats and Republicans "have trapped America in."

“Politics should not be a zero-sum game but tragically, that’s exactly what it’s become, and it’s polluted the whole nature of our politics,” she said in a video. “The point of politics should be about doing maximum damage to your opponents just to win.”

She went on to say that her vote was “opting out of this zero-sum game mindset and back into one of negotiation and compromise.”

Gabbard has risen to prominence as an outsider in her party. A military veteran still serving as an Army National Guard officer, she has blasted U.S. foreign policy while also sporadically defending Trump. She has used the Democratic presidential debate stage to attack California Sen. Kamala Harris, who has since dropped out of the race.

She also got into a caustic public back-and-forth with Hillary Clinton, after the 2016 nominee suggested -- without evidence -- that Russia is using Gabbard in the 2020 campaign.

Gabbard retorted by calling Clinton “the queen of warmongers ... and personification of the rot that has sickened the Democratic Party for so long.”