Carlson warned of the many dangers of "H.R. 1.," the "For The People Act," a nearly 800-page bill sponsored by Maryland Democrat John Sarbanes of Baltimore.

"The 'For The People Act' is the foundation of the Democratic Party strategy to control the federal government well into your grandchildren's middle age. Take a look at it," the host warned.

"Like most revolutionary documents, it's not a very exciting read -- nothing sounds especially radical at first. The bill begins by declaring that -- contrary to Article I of the United States Constitution -- Congress has an "ultimate supervisory power over federal elections."

Carlson noted that under the constitution, handling of elections is largely left to the states, but that the Democrats' bill would essentially nationalize what he called the Californian election system. 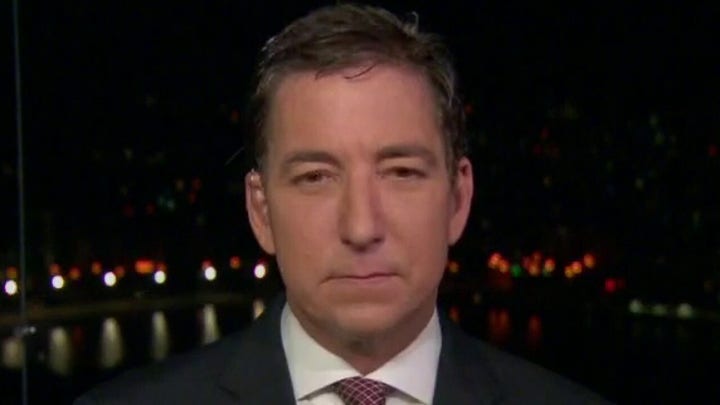 "Under our current loss, states get to decide how much fraud they will tolerate: Florida requires you to show photo identification in order to vote. California just wants you to vote Democrat," he said.

"If H.R. 1 passes, all 50 states will be California -- the entire country will have ballot harvesting and mail-in voting. Think about that."

Carlson said that Democrats are essentially taking the exact opposite message from the right-wing riot at the Capitol on January 6.

He said throngs of people turned to civil unrest because millions were convinced the 2020 election was not fair, and that they did not come to that conclusion because "the last president told them so."

"You are hearing that now as if they are animals who take commands and do what they're told -- but they're not animals, they're American citizens who can see what is happening and come to their own conclusions about it: They saw the radical increase in mail-in voting, and it corroded the public's faith in the system of our of elections. They were enraged by that and some of them exploded," Carlson said of the rioters.

"According to the Democrats, the lesson of that terrible day was that we needed more of the corrupt policies that caused it in the first place. We need more mail-in voting, we need more ballot harvesting: More corruption! That will unite the country."

Carlson went on to point out that a line in Sarbanes' bill reads that a state government cannot require voters to provide "any form of identification" in seeking an absentee ballot.

"Under H.R. 1, [people] could freely go house to house and apartment to apartment collecting unknown thousands of ballots and then dump them all in a ballot dropbox. No one would have any idea if those ballots had been tampered with at any point along the way or would there be any way to prove it if they had been tampered with," he continued.

"H.R. 1 also makes it harder for election observers to file complaints about any of this because complaining is racist."

"A system like that is suicidal for democracy and no other free country would tolerate it."

Carlson further pointed out that Canada and France have prohibitions on mail-in ballots, while the party in power in the U.S. seeks the opposite remedy.

The host went on to contrast the Democrats' call for open, unaccountable voting with surprising contravening messaging from an entity he said is otherwise friendly to the left: Jeff Bezos' Amazon.

"When it's their power at stake Democrats have a totally different position," he said, remarking on Amazon corporate's criticism of mail-in type balloting for its unionization election in Alabama.

"You should know this is not considered hypocrisy. They don't mind if they are caught breaking their own rules, they are not offended by double standards. They want power, this is a power grab and that's all it is," he said.

He went on to point to legislation from Rep. Stephanie Murphy, D-Fla., noting that the Orlando lawmaker is proposing a bill that would, in the host's words, "ban anyone with the wrong opinions from having a significant job in the federal government."

"Believe forbidden things and you don't get a security clearance. You can't work here," he said. "Murphy's bill would require federal investigators to ask all applicants whether they had 'associated with or knowingly engaged in activities conducted by an organization or movement that spreads conspiracy theories and false information about the United States government.'."

Carlson noted that by Murphy's standards, House Intelligence Committee Chairman Adam B. Schiff, D-Calif., would potentially be unable to hold his current job -- which is in the federal government -- due to repeatedly pushing claims about President Trump's alleged collusion with the Kremlin; going on to play a montage of the Burbank lawmaker's public statements.

"At this point [Murphy's bill's criteria] would include everyone pretty much currently in power," said Carlson. "Yes, they were knee deep in conspiracy theories that actually hurt our country in measurable ways -- but this legislation isn't designed to punish them -- just the opposite -- this legislation is designed to protect them from your criticism."