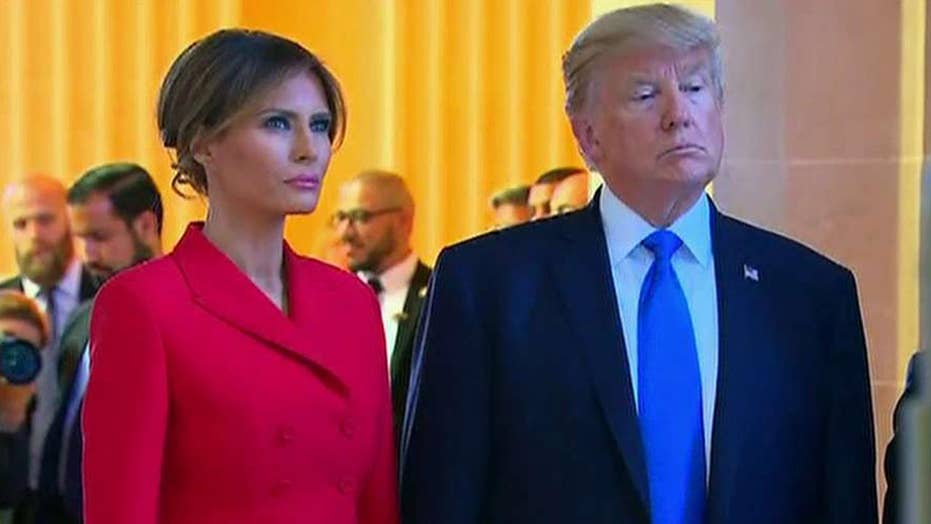 Want to avoid any 'political distraction'

President Trump and first lady Melania Trump will not attend the annual Kennedy Center Honors to allow the honorees to celebrate “without any political distraction,” the White House said Saturday.

The announcement was made on the final day of a politically charged week in which the president was widely criticized for saying “both sides” shared blame for the violent clashes at a recent Virginia rally organized by white supremacists and in which a counter-protester was killed.

“First lady Melania Trump, along with her husband, President Donald J. Trump, extend their sincerest congratulations and well wishes to all of this year's award recipients for their many accomplishments,” the White House press office said.

The backlash from Trump’s remarks, after he previously denounced the supremacists and neo-Nazis, also resulted in mass departures from two presidential councils, including the President’s Committee on Arts and the Humanities.

The 40th annual event at the Kennedy Center, in Washington, D.C., is historically attended by the first family.

This year’s event is scheduled to be held on Dec. 3. Those being honored for their lifetime achievements and contributions to American culture are dancer and choreographer Carmen de Lavallade, Cuban-American singer-songwriter Gloria Estefan, American hip hop star LL Cool J, entertainment producer Norman Lear and recording artist Lionel Ritchie, who said Friday that he was considering not attending the event.

The deadly protest last weekend in Charlottesville, Va., has also resulted in the removal and calls to remove Confederate Army-era statues across the country, which critics say are a continuing reminder and validation of America’s history of slavery.