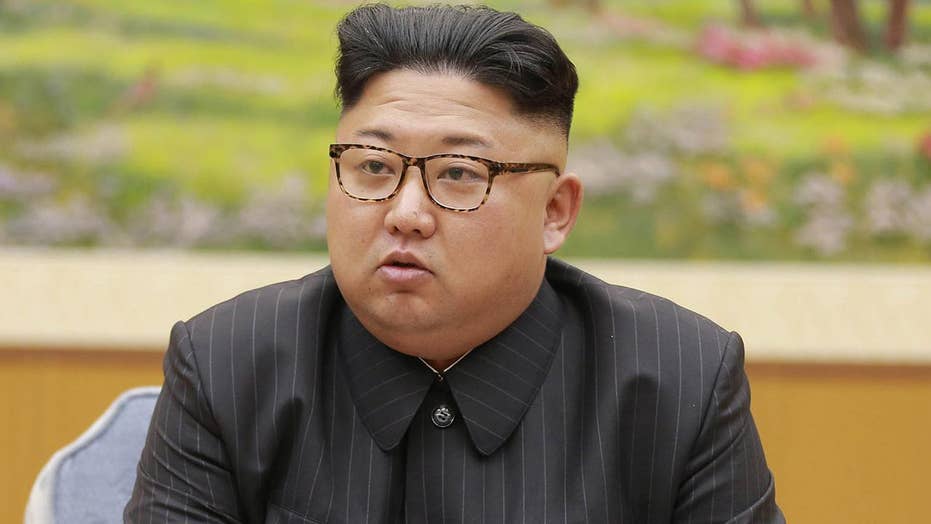 President Trump’s tweet earlier this month about having a bigger nuclear button that Kim Jong Un is the “spasm of a lunatic,” North Korea’s state-run newspaper said Tuesday.

The rogue regime’s Rodong Sinmum newspaper took issue with the Jan. 3 tweet where Trump wrote that he has a “bigger & more powerful” nuclear button than North Korea’s Kim.

“The spasm of Trump in the new year reflects the desperate mental state of a loser who failed to check the vigorous advance of the army and people of the DPRK,” the paper said. “He is making (a) bluff only to be diagnosed as a psychopath.”

Trump tweet earlier in the month was in response to Kim’s New Year’s Day warning that North Korea’s nuclear arsenal is a real threat and he has a nuclear button on his desk and is ready to press it at any given time.

“The U.S. should know that the button for nuclear weapons is on my table,” Kim said during a televised speech. “The entire area of the U.S. mainland is within our nuclear strike range. ... The United States can never start a war against me and our country.”

Kim continued, “We need to mass-produce nuclear warheads and ballistic missiles and accelerate their deployment.”

The comments came after Trump said he would be open to talks with Pyongyang “at the appropriate time, under the right circumstances.”