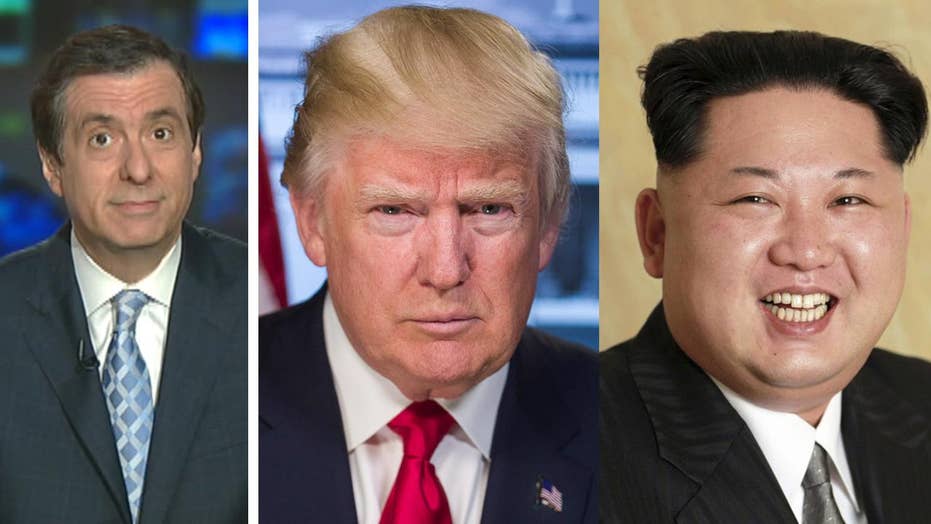 The political press is accusing him of cozying up to brutal dictators and rulers and breaking with the Obama policy of calling out regimes that trample on human rights (though not necessarily doing anything about it).

This is an important debate, to be sure, but the media are still failing to grasp a central fact about this president:

He likes talking out his approach in public.

He throws things out, he talks to his aides and outside advisers, and his views evolve until he settles on a position.

Sometimes he is sending a signal with these public musings, and sometimes I think he doesn’t fully appreciate the worldwide impact of each utterance. That’s been true on issues like health care as well as on international matters.

Just yesterday, frustrated by the five-month budget deal and advocating the election of more Republicans, Trump tweeted: “Our country needs a good ‘shutdown’ in September to fix mess!” Is he seriously advocating closing the government as a way of forcing change? No. He’s making a rhetoric point, perhaps venting a bit.

Trump should be held accountable for his words, but the establishment media are accustomed to leaders whose every pronouncement is carefully vetted by the bureaucracy.

So when Trump says it would be an honor to meet with Kim Jong-un under the right circumstances, he’s not proposing a meeting. After some tough talk about North Korea as nuclear tensions increase, he’s trying to soften his tone.

The New York Times puts it this way:

“Mr. Trump’s unorthodox overtures — to a nuclear-armed despot who brutally purged his rivals, and an insurgent politician accused of extrajudicial killings of drug suspects — illustrated the president’s confidence in his ability to make deals and his willingness to talk to virtually anyone.

“Above all, they highlighted his penchant for flouting the norms of diplomacy, no matter his larger aim.”

“As he settles into office, President Trump’s affection for totalitarian leaders has grown beyond Russia’s president to include strongmen around the globe…

“In an undeniable shift in American foreign policy, Trump is cultivating authoritarian leaders, one after another, in an effort to reset relations following an era of ostracism and public shaming by Obama and his predecessors.”

The invoking of the past administration reminds me of a major flap when Barack Obama was a candidate.

Asked in a 2007 Democratic debate whether he’d be willing to meet “without precondition” with “the leaders of Iran, Syria, Venezuela, Cuba and North Korea,” Obama said this:

"I would. And the reason is this, that the notion that somehow not talking to countries is punishment to them--which has been the guiding diplomatic principle of this administration-- is ridiculous." He noted that Ronald Reagan met with Soviet leaders while calling theirs an evil empire.

I don’t happen to think Trump should become the first American president to meet with a North Korean leader, at least not until there’s a nuclear containment agreement ready to be signed.

But it’s not like no American leader has ever raised the possibility.