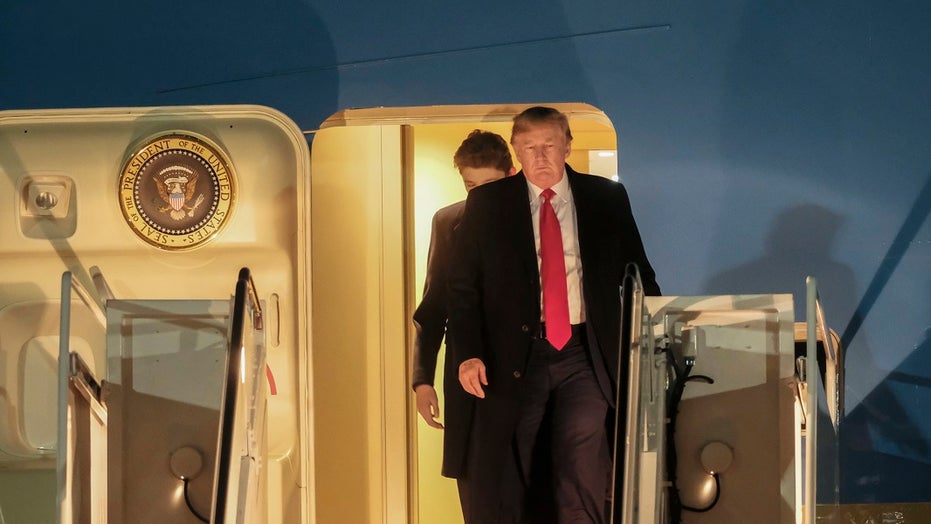 As President Trump prepares to give his State of the Union address to Congress on Tuesday, he will reflect on his political victories and goals for the upcoming year.

Below is a brief list of some of the Trump administration's biggest battles in his first term.

After taking office, the Trump administration was immediately condemned after the president signed an executive order that banned travelers from seven Muslim-majority countries -- Iran, Iraq, Libya, Somalia, Syria, Sudan and Yemen --  from entry into the United States for 90 days and suspended entry for Syrian refugees.

Iraq was dropped from the list weeks later in a second version of the ban.

The zero-tolerance immigration enforcement in 2018 led to migrant children being separated from their parents upon being detained at the southern border. The images of children crying as they ar being led away from their parents and photos of them living in questionable conditions at detainer centers prompted widespread backlash against Trump and Republican lawmakers who championed his tough approach to securing the border.

Democratic lawmakers pushed back on Trump's immigration policies upon reports of children going without sufficient food, water, showers and hygiene while in government detention.

Reacting to mounting pressure, Trump signed an executive order directing the Department of Homeland Security to halt the separation of families except when the parents are a risk to the child.

In April, the government said it could take up to two years to identify thousands of children separated from their families at the U.S.-Mexico border.

Trump gained a legislative victory in 2017 when both Republican-controlled chambers of Congress passed the Tax Cuts and Jobs Act. Democrats argued the measure was a "scam" that would negatively impact American families.

Supporters argued the tax cuts would allow businesses to hire more workers while expanding the economy.

Repealing and replacing ObamaCare was one of Trump's centerpiece campaign promises. He was almost successful, if not for a handful of GOP senators who came together with Democrats to oppose him.

The late Sen. John McCain, R-Ariz., famously gave a "thumbs down" to vote against the measure in July 2017. Susan Collins of Maine and Lisa Murkowski of Alaska also joined Democrats in voting no.

The vote signaled the end of replacing landmark Obama-era law.

Aside from healthcare, no campaign promise epitomized Trump's 2016 presidential campaign more than his call for a border wall. He sparred with Congress over funding for wall construction after promising Mexico would pay for it.

The administration has replaced more than 60 miles of dilapidated barriers with new fencing, according to PolitiFact. After legal wrangling over the administration's proposal to use $2.5 billion in Pentagon funds for the wall, the Supreme Court in July paved the way for a plan to move forward.

The Juarez Mexico side of the International Border crossing with El Paso, Texas.

The split decision allows the administration to use the funds to replace existing fencing in California, Arizona and New Mexico.