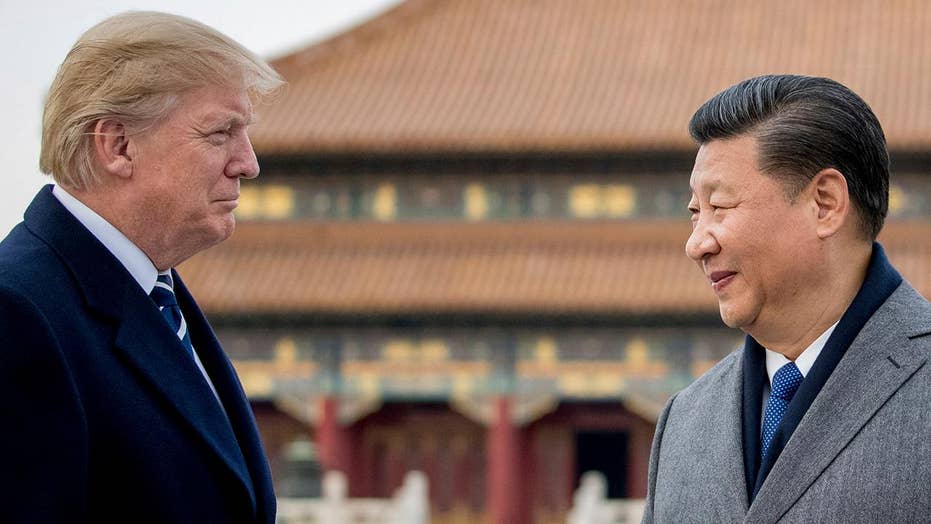 President Trump was in the Philippines on Sunday as part of his trip to Asia that earlier included stops in Japan, South Korea, China and Vietnam.

Here’s what you should know about the president’s travels.

Trump arrived in the Aloha State on Nov. 3. During his trip the president was briefed by the U.S. Pacific Command and visited the memorial to the U.S.S. Arizona, a ship which sank during World War II.

Trump hosted Abe at Mar-A-Lago earlier this year and they golfed together at the time.

“Pen-Pineapple-Apple-Pen (PPAP)” singer Pikotaro also shared photos of himself with Trump and Abe at a dinner on Facebook Nov. 6.

And the president met with families of Japanese abductees taken by North Korea on Nov. 6, Reuters reported.

The White House said last month that Trump's activities in Japan would include meeting service members and bilateral meetings.

Trump visited Camp Humphreys, a military base about 40 miles south of Seoul. Trump shook hands with American and Korean service members, and he and South Korean President Moon Jae-in had lunch with troops in a large mess hall.

The visit was intended to underscore the countries' ties and South Korea's commitment to contributing to its own defense.

Trump also participated in bilateral meetings with Moon on Tuesday and went to a state dinner.

On Wednesday, Trump delivered a speech at the National Assembly in Seoul during which he told North Korea to "not underestimate us."

Trump also paid a visit to the Seoul National Cemetery.

A surprise trip to the Demilitarized Zone, which has separated the North and South for decades, was scrapped due to weather.

"Melania and I look forward to being with President Xi & Madame Peng Liyuan in China in two weeks for what will hopefully be a historic trip!" Trump tweeted ahead of his visit.

The president arrived in Beijiing as he and the first lady were greeted at the airport by dozens of children who waved U.S. and Chinese flags and jumped up and down.

The couple shared tea with Chinese President Xi Jinping and his wife, Peng Liyuan, and received a private tour of the historic Forbidden City, Beijing's ancient imperial palace. Young opera students performed for them before dinner.

Last Thursday, Trump and the first lady attended a state dinner held in the Great Hall of the People in Beijing, which former NBA player Yao Ming also attended.

Trump made his way to Da Nang on Friday and took part in Asia-Pacific Economic Cooperation (APEC) events.

APEC consists of 21 member economies, including the U.S., and "is the premier forum for facilitating economic growth, cooperation, trade and investment in the Asia-Pacific region," according to the State Department.

Trump gave a Friday speech on the sidelines of the APEC summit, reaffirming his "America First" policy.

“From this day forward we will compete on a fair and equal basis,” Trump said. “We are not going to let the United States be taken advantage of anymore.”

While Trump and Russian President Vladimir Putin, who also attended the APEC summit, did not have a formal meeting, the two shook hands at the event.

On Monday, Trump attended the ASEAN summit and had meetings with several world leaders, including Philippines President Rodrigo Duterte, who has overseen a bloody drug war that has featured extrajudicial killings.