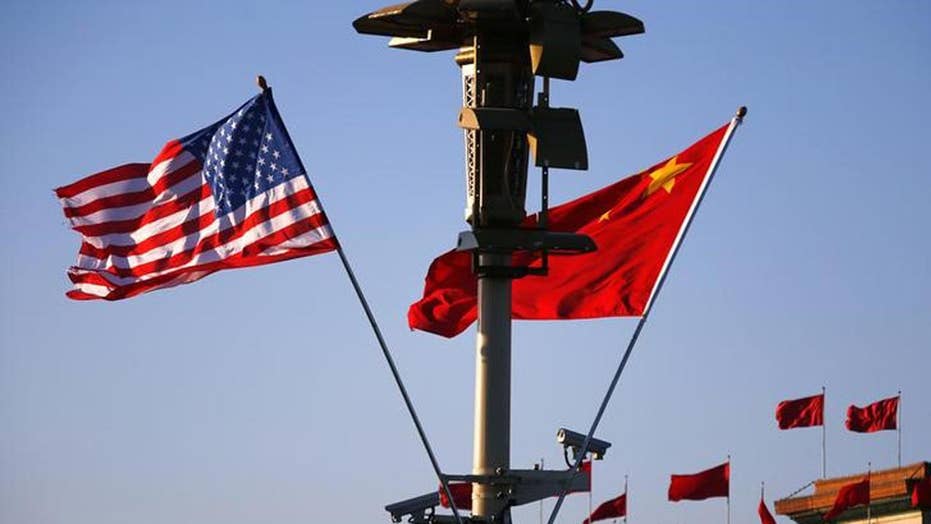 Will Trump’s Asia trip result in a better relationship with China?

Gen. Jack Keane on President Trump’s upcoming trip to Asia and whether the president's trip can help establish a better relationship with China.

The White House says President Donald Trump will not visit the Demilitarized Zone during his upcoming trip to Asia -- a break from many previous administrations.

A senior administration official told reporters during a White House background briefing Tuesday that there's not enough time in the president's schedule to accommodate a visit to the border zone that has separated the North and South for 64 years.

Trump will be visiting Camp Humphreys, a military base about 40 miles south of Seoul, to highlight the U.S.-South Korean partnership and burden-sharing, instead. Trump was invited to visit the base by Korean President Moon Jae-in to

Trump's trip comes amid his escalating rhetoric and taunts against North Korean leader Kim Jung Un and the country's nuclear program. In a recent speech at the United Nations, Trump said he would "totally destroy" the nation, if necessary. He also derided Kim as "little Rocket Man."

Every president but one since Ronald Reagan has visited the DMZ -- often wearing bomber-style jackets and flanked by military officers. Trump's predecessor, Barack Obama, visited during a 2012 trip to Seoul and told troops stationed at the border that "the contrast between South Korea and North Korea could not be clearer, could not be starker, both in terms of freedom but also in terms of prosperity."

But the White House official noted only a minority of American presidents have made the trip to the heavily fortified border since it was established in 1953 and said that Trump administration officials, including Defense Secretary Jim Mattis, Secretary of State Rex Tillerson and Vice President Mike Pence have all made the trip. Pence said his trip let North Koreans "see our resolve in my face."

The White House had played down the notion that the hesitance to visit the DMZ stemmed from security concerns -- though experts on the region say a visit could  have been risky given the current tensions.

Trump will depart Friday for a trip that will take him to Japan, South Korea, China, Vietnam and the Philippines. The president will be attending several summits, hold a series of bilateral meetings, will be feted at banquets and spend time golfing with Japanese President Shinzo Abe.

Trump will also be meeting for the first time with Pilipino President Rodrigo Duterte, who has been accused of human rights abuses, including killing suspected drug dealers. The White House has said that Trump could raise concerns with the program.

But the official said on Tuesday that Trump and Duterte shared a warm rapport during a telephone conversation. The official spoke on condition of anonymity because the official was not authorized to preview the president's itinerary and aims on the record.