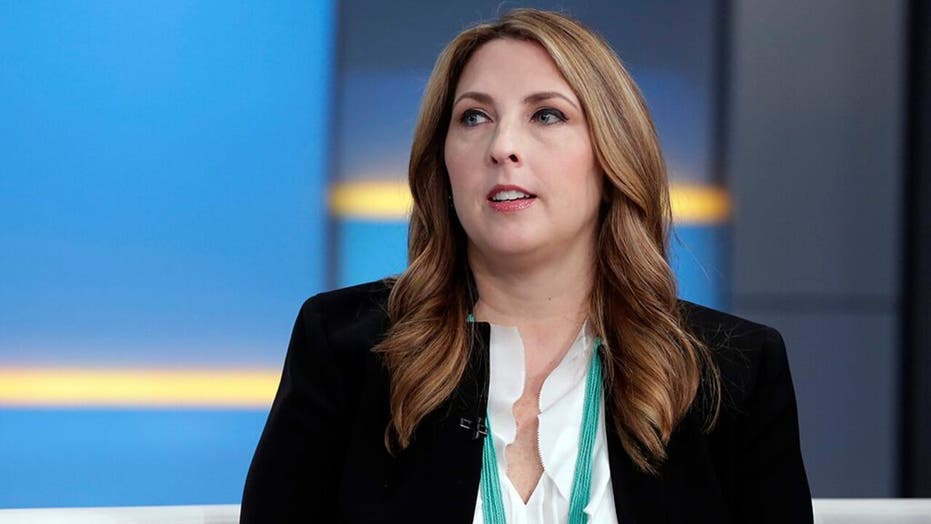 RNC chairwoman Ronna McDaniel is surprised by Joe Biden’s pick of Kamala Harris as his Vice President and says the Republican’s have big plans to outdo Democrats leading up to the conventions.

President Trump will participate in every day of the Republican National Convention (RNC), an untraditional move for the nominee who is typically highlighted on the final night of festivities, Fox News has learned.

But Trump already bucked tradition once before when, four years ago, he made a surprise appearance on the first night of the RNC in Cleveland to introduce his wife, Melania, before her speech to the 2016 delegates.

This time around, Trump is slated to give his acceptance speech on the fourth and final night of the convention on Aug. 27 -- "probably" delivered from the White House, he told the New York Post. But in the three previous days, he'll be featured in the programming, Fox News has learned.

TRUMP ON RNC CONVENTION: ‘I’LL PROBABLY BE GIVING MY SPEECH AT THE WHITE HOUSE’

During one such event, Trump will honor first responders of the coronavirus crisis, including doctors, nurses and Emergency Medical Technicians.

First Lady Melania Trump and Trump's children Don Jr., Ivanka, Eric, and Tiffany Trump are all scheduled to speak at the convention.

Vice President Mike Pence will deliver his speech on Aug. 26 from Fort McHenry in Baltimore.

Plans for large scale conventions were already scrapped this year for both Democrats and Republicans because of the coronavirus pandemic, forcing both the Trump and Joe Biden campaigns to plan a mostly virtual event.

The Democrats kick off their convention next week: Aug. 17-20.

Everyday Americans will be featured speakers to talk about how the Trump Administration policies have benefitted them and how changing leadership would be detrimental to America's future.

Carl and Marsha Mueller, the parents of Kayla Mueller, the Arizona humanitarian worker captured and killed by ISIS in 2015, will address the RNC.

Other speakers include Tanya Weinreis, owner of a coffee company in Montana who stayed afloat through a Paycheck Protection Program (PPP) loan, and St. Louis Metro Police Department Sgt. Ann Dorn. She's the widow of slain retired St. Louis police captain David Dorn, who was killed while protecting a pawn shop during a night of violent looting,

TRUMP TO CAMPAIGN IN SWING STATES DURING DEMOCRATIC NATIONAL CONVENTION

The GOP also plans to feature former residents of Venezuela and Cuba, who will criticize Democratic policy toward those nations.

The Aug. 24-27 convention was originally scheduled for an arena in Charlotte. After the coronavirus pandemic forced widespread lockdowns, Republicans in June moved the events to Jacksonville, Fla., when the governor of North Carolina couldn't guarantee the large-scale event could proceed as planned. Then in July, as coronavirus continued to rage in places like Florida, Trump canceled the Jacksonville events.

A portion of delegates will still show up in-person for a small gathering in Charlotte to cast their vote for Trump's nomination on the first day of the convention. Each state and U.S. territory is only allowed six delegates under RNC executive committee rules approved due to COVID-19.

That means the vast majority of the delegates and alternates will be staying home and voting by proxy through the 336 delegates that will be present.