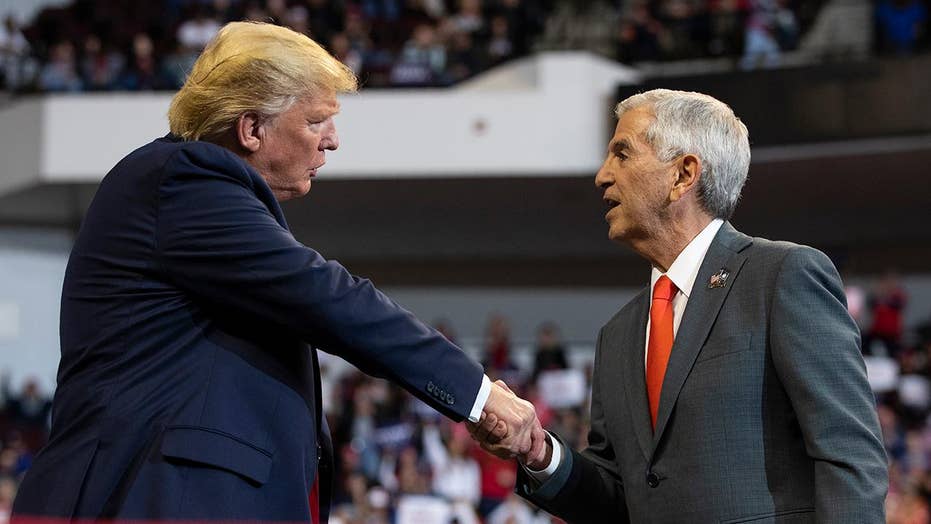 The president takes a dig at Congress for focusing on impeachment instead of their legislative agenda; Todd Piro reports from Bossier City, Louisiana.

President Trump urged Louisiana voters to oust Democratic Gov. John Bel Edwards on Saturday, as polls opened in a tight race that Republicans hope will deliver them a victory less than a year before Election Day, and show Trump’s own political strength.

“Good morning Louisiana! Polls are open at 7AM. Get out and VOTE for @EddieRispone to be your next Gov!” he tweeted. “He will get your taxes and auto insurance (highest in Country!) way down. Loves our Military & Vets. Will protect your 2A.”

Republicans are keen to record a gubernatorial win after Democrats won the Kentucky gubernatorial race earlier this month, despite an intervention by Trump that saw him visit the state three times to help GOP incumbent Matt Bevin.

The Republican candidate, businessman Eddie Rispone, has never run for office before but has stuck close to Trump and featured the president in his ads. A FiveThirtyEight average of recent polls shows Edwards holding an average lead of about two percent. Should Rispone pull off the victory, Republicans would certainly hail the win as proof of Trump’s pulling power in the red state, which he most recently visited Thursday.

“We want Louisiana to be No. 1 in the South when it comes to jobs and opportunity. We have to do something different,” Rispone said this week. “We can do for Louisiana what President Trump has done for the nation.”

Democrats, meanwhile, are keen to show that they can win conservative states with the right candidates, and Edwards is certainly a conservative Democrat. Edwards, who was elected in 2015, opposes gun restrictions and speaks positively of Trump.

“They talk about I’m some sort of a radical liberal. The people of Louisiana know better than that. I am squarely in the middle of the political spectrum,” Edwards said, according to The Associated Press. “That hasn’t changed, and that’s the way we’ve been governing.” 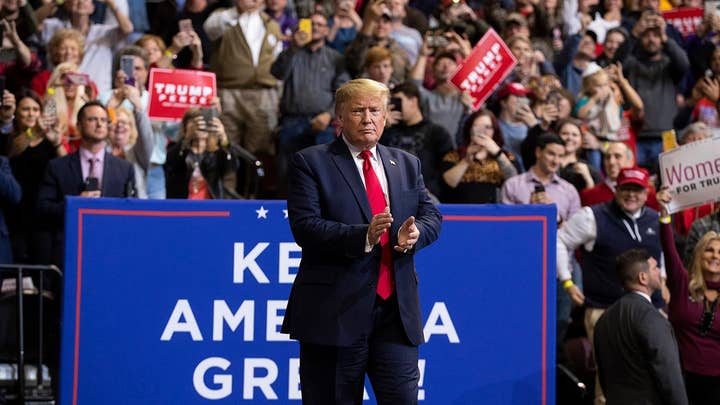 "This Saturday, the eyes of history are looking down on the great people of Louisiana," Trump told rallygoers Thursday in Bossier City. "It's a close one. You gotta vote on Saturday. You're gonna have a great Republican governor."

"I've known Eddie for a long time," Trump said of Rispone. "He was a very successful guy, made a lot of money."

By contrast, Trump claimed Edwards' policies had made Louisiana "number one in murders" in the entire country.

Edwards has suggested Rispone has turned to Trump because he can't hold his own on state issues. Rispone has dodged details of how he'd balance the budget with his proposed tax cuts and what he wanted to accomplish in a constitutional convention.

Rispone was "trying to nationalize this race because that’s the only shot he has," Edwards said Thursday at a campaign rally in Shreveport. "He cannot win this race based on Louisiana issues because he hasn’t demonstrated any knowledge about how state government works. He doesn’t have any vision for the state of Louisiana."