President Trump said Thursday he may read the transcript of his July 25 telephone conversation with Ukrainian President Volodymyr Zelensky aloud to Americans in the style of the famous fireside chats delivered by President Franklin Roosevelt during the 1930s and 1940s.

“This is over a phone call that is a good call,” Trump said in an interview with the Washington Examiner. "At some point, I’m going to sit down, perhaps as a fireside chat on live television, and I will read the transcript of the call, because people have to hear it. When you read it, it’s a straight call.”

Roosevelt delivered a series of informal radio addresses, dubbed fireside chats, meant to garner support for his New Deal policies and update Americans on the course of World War II, among other issues.

A public reading of the call transcript would mark the latest effort by Trump to thwart the impeachment inquiry against him by congressional Democrats. The president has repeatedly denied Democratic claims that he withheld crucial military aid to Kiev in order to press Zelensky to investigate former Vice President Joe Biden and his son, Hunter.

Several witnesses have raised concerns over the call. Army Lt. Col. Alexander Vindman, who serves as a director on the National Security Council (NSC), testified privately before Congress this week that he was alarmed by Trump's request to Zelensky. 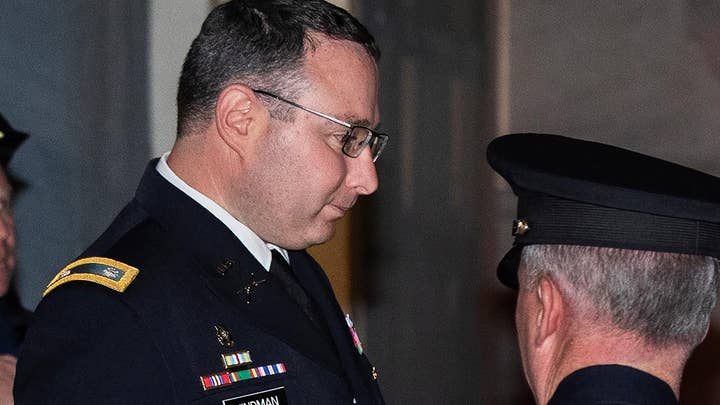 During the interview, Trump said he was being responsible by reviewing aid to Ukraine, a country with a history of endemic corruption.