Border Patrol officials appeal to the president for more resources, technology and a border barrier.

President Trump on Thursday visited the U.S.-Mexico border in Texas and argued a barrier made of steel would deter human trafficking and drugs, amid stalled negotiations with Democrats over funding the border project and ending the partial government shutdown.

"Where you have a good strong barrier, you don't have problems," the president told reporters during his tour.

Back in Washington, Democrats in the Senate on Thursday failed to proceed with House-passed spending bills that would fund the government and end the partial shutdown without new border wall money. Sen. Mitch McConnell, the Republican majority leader, blocked that effort, saying it amounts to “pointless show votes.”

During an afternoon briefing with border agents at a patrol station in McAllen, Trump highlighted the prevalence of guns and drugs along the border. The president spoke in front of a table of items border agents have seized, including a rifle, handguns, a plastic bag full of cash and black-taped bricks of heroin and meth.

“If we had a barrier of any kind, a powerful barrier, whether it’s steel or concrete...We would stop it cold,” Trump said of human trafficking.

The president famously promised during the 2016 campaign that Mexico would pay for the border wall. But on Thursday, the president argued Mexico could still contribute to it indirectly, even though he’s demanding $5.7 billion in U.S. taxpayer money to pay for the wall.

Before leaving the White House for Texas, the president insisted he is still willing to declare a national emergency if Congress doesn’t approve funding for a barrier along the border.

"I have the absolute right to declare a national emergency,” Trump told reporters. “The lawyers have so advised me. I'm not prepared to do that yet, but if I have to, I will.”

The National Emergencies Act grants the president broad authority to declare emergencies, which could clear a path for the White House to move ahead with building a wall.

The visit comes on the 20th day of the ongoing partial federal government shutdown affecting nearly 800,000 federal workers. Funding has lapsed for some parts of the government, as Congress has been unable to pass a spending bill. Trump is asking for funding for a border wall in the spending package, something Democrats are rejecting. 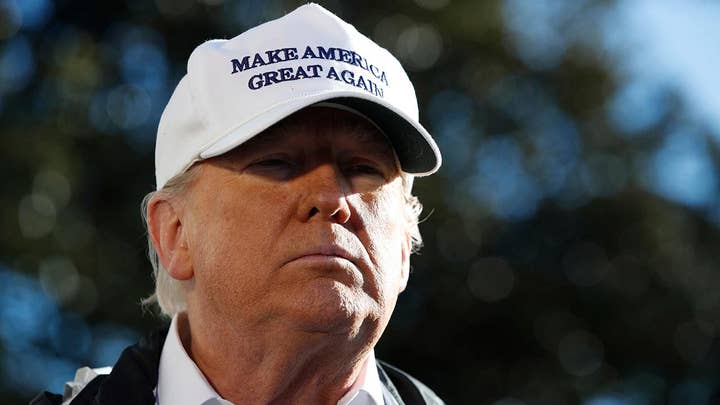 On Tuesday, the president addressed the nation from the Oval Office about the situation at the border, with Trump declaring a “humanitarian and security crisis." But Democratic congressional leaders responded by saying Trump was working to “manufacture a crisis, stoke fear and divert attention from the turmoil in his administration."

How the two sides will bridge this difference – and how long they will resist a compromise – has been unclear. The mounting impact of the partial shutdown, including federal workers' paychecks and national parks services, is likely to increase pressure on Congress and the White House to forge a deal in the coming days. 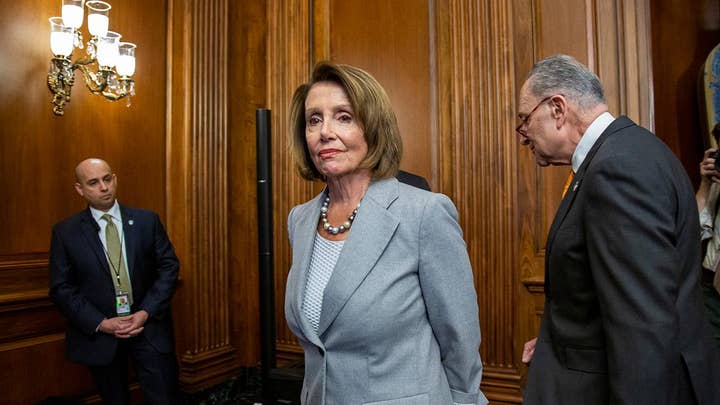 Trump has told congressional leaders the standoff could last months, even years, as he demanded Washington take action to stem the flow of illegal immigrants, drugs and criminals crossing the border. The president tweeted Thursday that because of the shutdown, he is canceling his planned trip this month to Davos, Switzerland for the World Economic Forum.