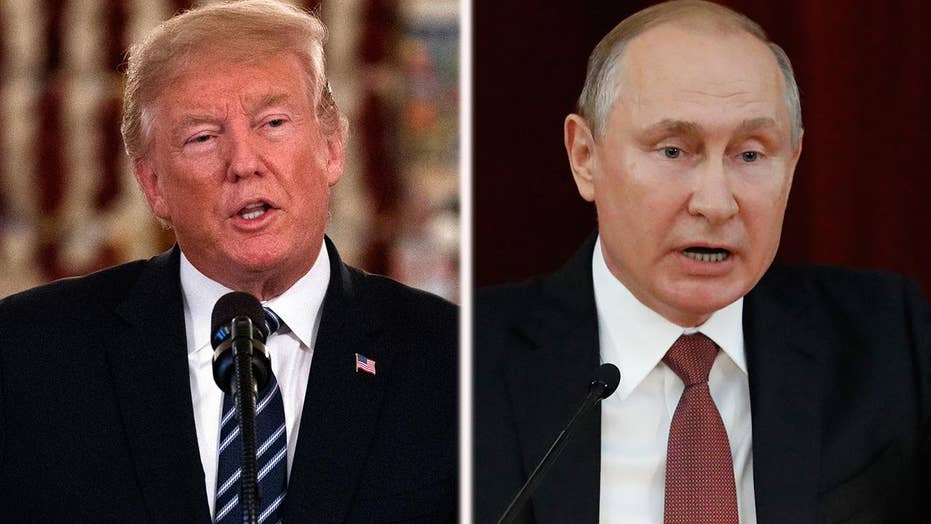 President Trump tweets that Russia will be 'fighting very hard' to impact on the upcoming elections.

President Trump on Tuesday expressed concern over the possibility of Russia interfering in this year’s midterm elections, the latest effort to show he’s willing to get tough with the country after facing criticism last week over his summit with Russian President Vladimir Putin.

“I’m very concerned that Russia will be fighting very hard to have an impact on the upcoming Election,” Trump tweeted.

Without citing evidence, Trump argued the Russians would prefer Democrats to win in November.

“Based on the fact that no President has been tougher on Russia than me, they will be pushing very hard for the Democrats,” Trump said. “They definitely don’t want Trump!”

But it comes as Special Counsel Robert Mueller is prosecuting Russian operatives for targeting the Hillary Clinton campaign and Democratic Party during the 2016 election in an effort to help Trump. During last week’s summit, Putin denied the accusations that Trump meddled in the election but he acknowledged that he preferred Trump over Clinton in the contest.

In Helsinki last week, Trump said he didn’t “see any reason why” Russia would be behind election meddling in 2016. This and other comments led to bipartisan outrage and accusations that he was taking Putin’s word over the intelligence community’s.

But Trump, at the White House the next day, walked back those comments and said he meant the opposite. “I said the word ‘would’ instead of ‘wouldn’t’…sort of a double negative,” Trump explained.