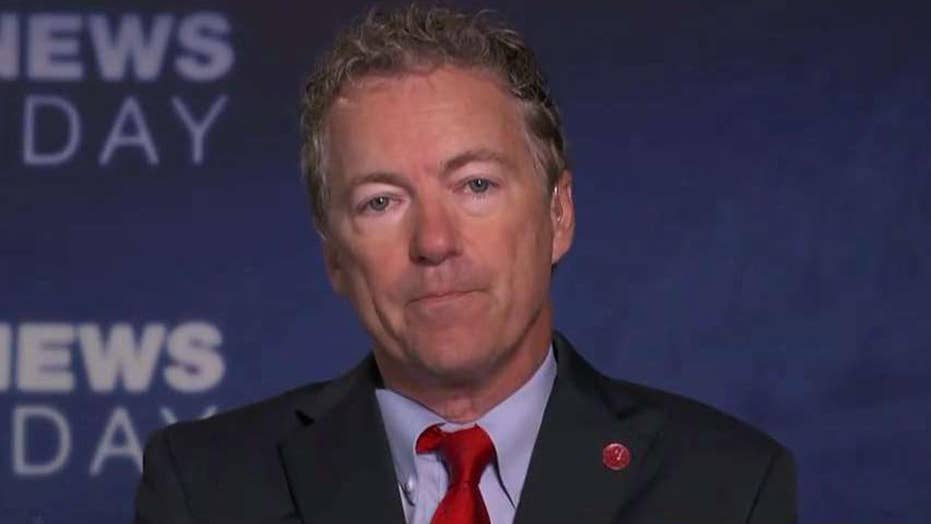 Sen. Rand Paul on push to repeal then replace ObamaCare

President Trump said Wednesday he is anxious for Senate Republicans to come together to pass legislation to repeal and replace ObamaCare, a day before Senate Majority Leader Mitch McConnell is expected to release a draft of a new bill.

“I am sitting in the Oval Office with a pen in hand, waiting for our senators to give it to me,” Trump said in an interview with Pat Robertson for CBN’s "700 Club" set to air Thursday.

Last month, Senate Republicans delayed plans to vote on health care legislation after failing to attract enough votes from members of its own party. The House passed an ObamaCare replacement bill in May.

On Wednesday, Trump expressed frustration that Republicans are struggling to pass the legislation -- especially since they now have a president willing to sign it.

"Obama wasn't going to sign it. ... Now we have a president that's waiting to sign it," he said. "I have pen in hand so now it means something.”

Trump said: “You know, those other times, those many, many times, that they passed it, it didn't mean anything.”

Efforts have been made to win over conservatives, like lawmakers elected during the Tea Party wave of 2010, who argue the legislation doesn’t go far enough to repeal ObamaCare. But at least one senator said Wednesday he still opposes the legislation.

“If this bill goes through, we’re voting to keep ObamaCare,” Kentucky Republican Sen. Rand Paul said in a press conference Wednesday, saying he planned to oppose a procedural vote on the bill.

“I think a large part of the frustration in our caucus is that this bill no longer is repeal,” Paul said. “And they’re being asked to vote for something that we never promised. We promised the American voters that we would repeal ObamaCare. But when you’re keeping half the taxes, most of the regulations and creating a brand new insurance bailout superfund -- that to most people just doesn’t sound like repeal.”

If Republicans don’t pass the legislation, Trump said “it would be very bad.”