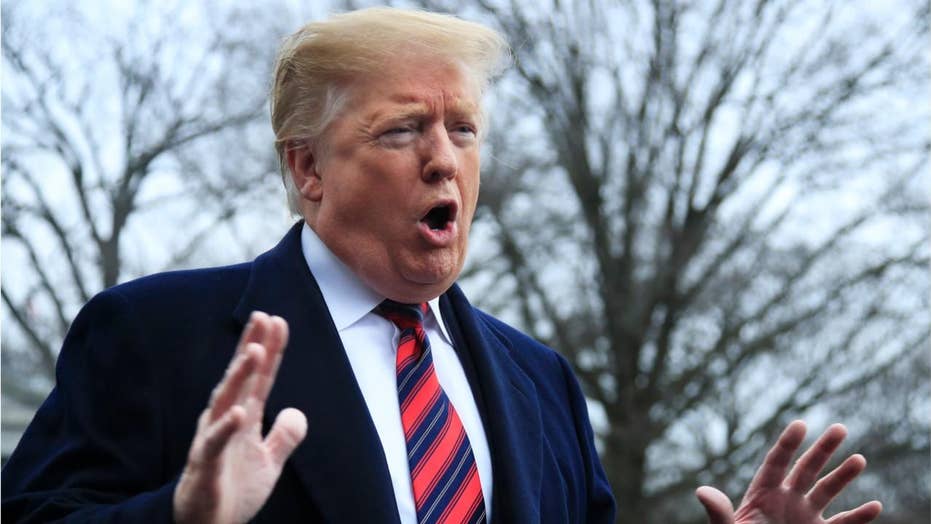 President Trump on Wednesday unveiled a new slogan for the border wall as he presses Democrats to agree to funding for the project amid the government shutdown standoff.

President Trump on Wednesday unveiled a new slogan for the border wall as he presses Democrats to agree to funding for the project amid the government shutdown standoff.

“BUILD A WALL & CRIME WILL FALL! This is the new theme, for two years until the Wall is finished (under construction now), of the Republican Party. Use it and pray!” Trump tweeted Wednesday morning.

The slogan would seemingly replace the old, “BUILD THAT WALL” that so many Trump supporters have chanted at rallies across the country since he announced his intention to run for president in 2015.

The president’s tweets come amid a 33-day partial government shutdown -- which began after a political impasse over Trump's call for border-barrier funding. Democrats have vowed to block any spending package that includes funding for the wall, while Trump has insisted on it.

Over the weekend, the president announced a potential compromise package. Trump said he was prepared to back a three-year extension of protections for 700,000 immigrants who came to the country illegally as children and were shielded from deportation under the Obama-era Deferred Action for Childhood Arrivals (DACA) program. This, in exchange for his requested $5.7 billion for a barrier on the southern border 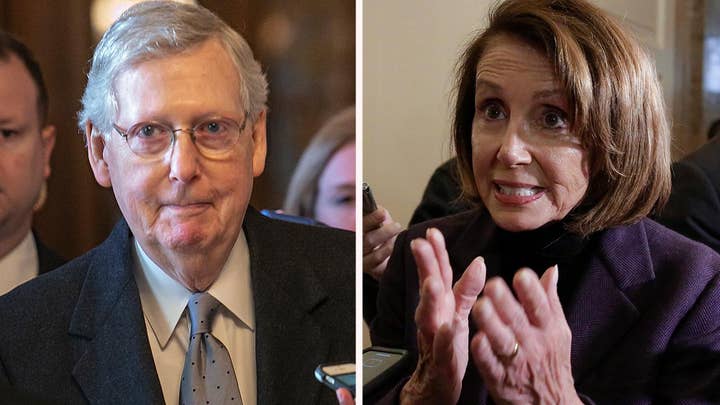 The deal Trump presented also would extend protections for 300,000 recipients of the Temporary Protected Status (TPS) program—which protects immigrants from designated countries with conditions that prevent nationals from returning safely. The plan would allocate $800 million for drug detection technology to secure the ports of entry, 2,750 new border agents and law enforcement professionals, and 75 new immigration judges to reduce a backlog of asylum requests.

IN SHUTDOWN FIGHT WITH TRUMP, DEMS REJECT IMMIGRATION DEAL THEY ONCE SPONSORED

But Democrats, who once said those protections were urgently needed, are largely opposing the plan as the Senate prepares to vote on two funding packages later this week.

The shutdown has left more than 800,000 federal workers and contractors without pay. Some have been deemed essential to government function and are expected to work without pay, while others have been furloughed, and also are receiving no paychecks.