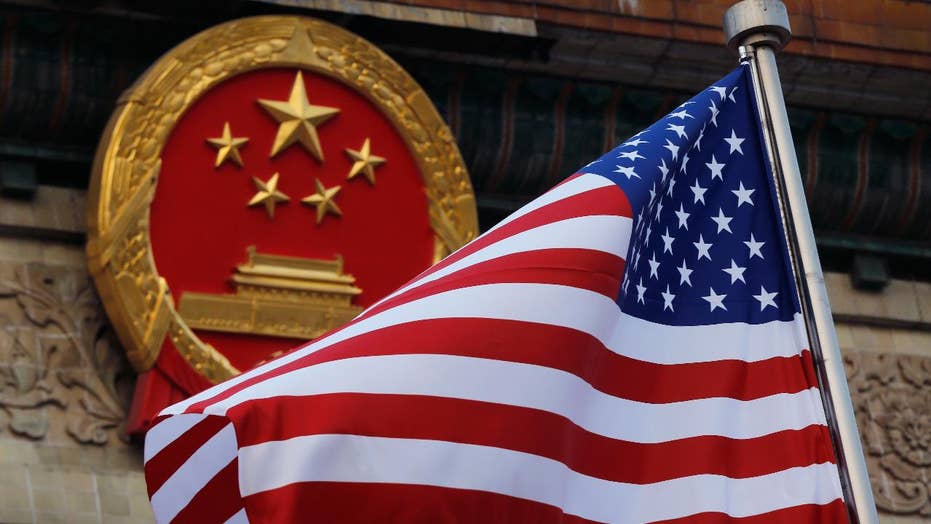 How the US-China trade deficit grew

The Trump administration is touting a $250 billion trade deal, as the president softens his rhetoric against China; James Rosen goes in-depth for 'Special Report.'

President Donald Trump wrapped up his two-day visit to China by tweeting that he did not blame Beijing's leaders for its unbalanced trade relationship with the United States.

In a series of tweets as he departed China early Friday, Trump said he and China's Xi Jinping had "very productive" meetings on "both trade and the subject of North Korea."

The president wrote that "the incompetence of past [administrations] for allowing China to take advantage of the U.S. on trade leading up to a point where the U.S. is losing $100's of billions.

"How can you blame China for taking advantage of people that had no clue?" Trump went on. "I would've done same!"

"But I don't blame China," he said. "After all, who can blame a country for being able to take advantage of another country for the benefit of its citizens?"

To applause, Trump said, "I give China great credit."

Reacting from afar, Sen. Bob Menendez, D-N.J., said Trump's comments "make the United States look weak and as if we are bowing to China's whim. ... Instead of giving China credit for stealing American jobs, the president should be holding China accountable." Menendez, a member of the Senate Foreign Relations Committee, is on trial for bribery.

"I think the best way to characterize it is that while we appreciate the long hours and the effort that our Chinese counterparts have put into those trade discussions, quite frankly in the grand scheme of a $300- to $500-billion trade deficit, the things that have been achieved are pretty small," Tillerson told reporters in Beijing.

Tillerson also acknowledged there were differences in "tactics and the timing and how far to go with pressure" on North Korea. But he insisted that the two countries shared common objectives.

"There is no disagreement on North Korea," he said.

The comments by Trump and his top diplomat came after lengthy meetings with Xi. The day included announcements that the U.S. and China had signed agreements valued at more than $250 billion for products including U.S.-made jet engines, auto parts, liquefied natural gas and beef.

Such contract signings, a fixture of foreign leaders' visits to Beijing, are intended to defuse complaints about China's trade policies.

Xi promised a more open business environment for foreign companies in China and said his country was committed to further opening its economy to outside investment.

"China will not close its doors" and will open them "even wider," he said, pledging that foreign companies in China, including American ones, would find the market "more open, more transparent and more orderly."

It is unclear how far China will go to fulfill its pledges. Previous U.S. administrations have hailed market-opening promises only to be left disappointed.

Before arriving in China, Trump had delivered a stern message to Beijing, using an address in South Korea to call on China, North Korea's biggest trade partner, to do more to confront and isolate the North.

Trump on Thursday appeared far more conciliatory, thanking China for its efforts and saying he'd been encouraged by his conversations.

"China can fix this problem easily. And quickly. And I am calling on China and your great president to hopefully work on it very hard," Trump said. "If he works on it hard it will happen."

Trump also was feted at a state dinner that featured a video montage of the president's visit, as well as footage of his granddaughter, Arabella, the daughter of Ivanka Trump and Jared Kushner, singing a traditional Chinese song in Mandarin.

On Friday, Trump was scheduled to stop in Da Nang, Vietnam, for the Asia-Pacific Economic Cooperation conference — the first of multiple summits he'll attend on his first trip to Asia as president.

He may meet with Russian President Vladimir Putin on the sidelines of the conference. Tillerson said Thursday the two sides were still discussing whether they had "sufficient substance" to talk about in such a meeting. 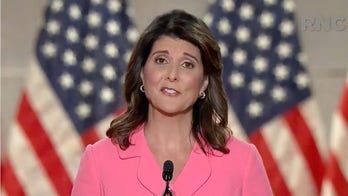