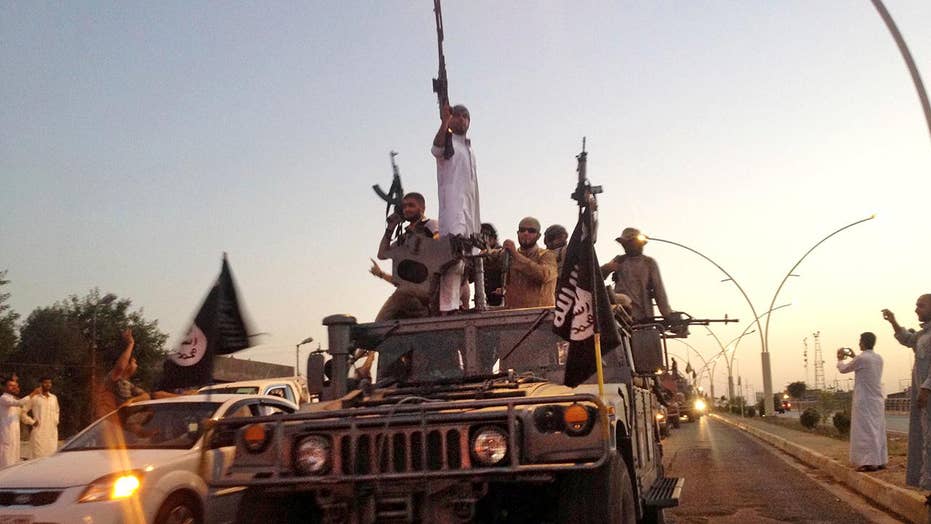 Trump declares victory over ISIS in Syria; US troops to withdraw

In a video shot outside the White House and posted to his Twitter account on Wednesday, President Trump explained his sudden decision to pull troops out of Syria earlier in the day in unusually personal terms, saying he has found it increasingly difficult to inform soldiers' loved ones that their kin had died in combat.

"We've been fighting for a long time in Syria," Trump said. "I've been president for almost two years, and we've really stepped it up. And we've won against ISIS. We've been them, and we've beaten them badly. And now it's time for our troops to come back home."

He continued: "I get very saddened when I have to write letters or call parents or wives or husbands of soldiers who have been killed fighting for our country. It's a great honor; we cherish them. But it's heartbreaking. Now we've won -- it's time to come back. They're getting ready. You're going to see them soon."

The president, who captioned the video by calling the progress against ISIS "historic," added that the soldiers had played a critical role in safeguarding global stability.

"These are great American heroes. These are great heroes of the world, because they fought for us. But they've killed ISIS, who hurts the world. And we're proud to have done it.

"And I tell you, they are up there looking down on us, and there is nobody happier or more proud of their families to put them in a position where they've done such good for so many people. So our boys -- our young women, our men -- they're all coming back, and they're coming back now. We won. And that's the way we want it."

Then, pointing to the sky, Trump concluded, And that's the way they want it."

Known deaths of U.S. military personnel are relatively rare in Syria. Earlier this year, a roadside bomb in Northern Syria killed two coalition soldiers, including an American, and wounded several others.

The president's announcement of a total military pullout triggered immediate backlash from within his own party early Wednesday, and left some commentators wondering why a similar withdrawal was not announced for U.S. troops stationed in Afghanistan or other global hotspots.

GOP Virginia Rep. Tom Garrett told Fox News on Wednesday that the president's decision was “unconscionable" and that "people are going to die."

Garrett was recently in Syria for 11 days, when he traveled through Iraq and Kurdish Syria and met with various military leaders. He said that without U.S. support, Turkey will invade Kurdistan and begin murdering civilians.

Senate Foreign Relations Committee Chairman Bob Corker, R-Tenn., told reporters that a planned White House meeting to discuss Syria was canceled after he arrived at the executive mansion in the afternoon.

"Recent history is wrought with the kind of outcomes that happen when you just precipitously wake up one day and decide you’re going to do something," Corker said. "I've never seen a decision like this since I’ve been here – 12 years – where nothing is communicated in advance and all of a sudden this type of massive decision takes place."

Corker, who will leave the Senate next month, added that "in many ways" Trump's decision was worse than Obama's because "here we're in a situation where we're very close in the Eurphrates River Valley to finishing clearing out [ISIS]."

The 44th president's troop withdrawal from Iraq has been blamed by some for creating a vacuum that allowed ISIS to gain a foothold in the region.

"It’s obviously a political decision," Corker added. "But I’m sad for the lives that are going to be lost very quickly and I’m sad for all the people who sacrificed in the way they have in something that was being won."

“My theory is that by pulling 2,200 out in Northeastern Syria, that's going to boost ISIS' ability to come back,” he told Fox News. “But even more than that, the Kurds in Syria, who came forward when nobody else would to help us fight ISIS, fought bravely and died in large numbers, they're going to feel abandoned.”

“This to me is an Obama-like decision. I hope I'm wrong. But I don't think I am and I have no understanding of why we're doing this,” Graham added. “To me, it’s an ill-conceived idea. The downside is really great, and the upside is pretty small.”

U.S. officials told Fox News that the nation was considering pulling all 2,000 American troops on the ground in Syria. Trump appeared to allude to the decision in a morning tweet when he stated, "We have defeated ISIS in Syria, my only reason for being there during the Trump Presidency.”

Graham echoed Corker by complaining that the decision came "out of left field," that Congress had not been formally informed, and that it would make it harder to get support from allies in the region: "Good luck getting somebody to help you fight this war in the future." 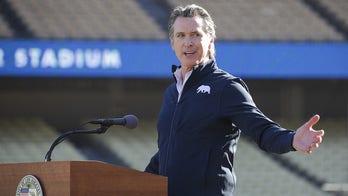 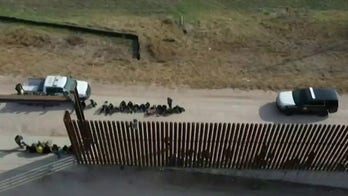 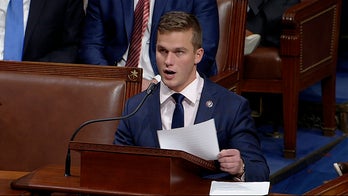