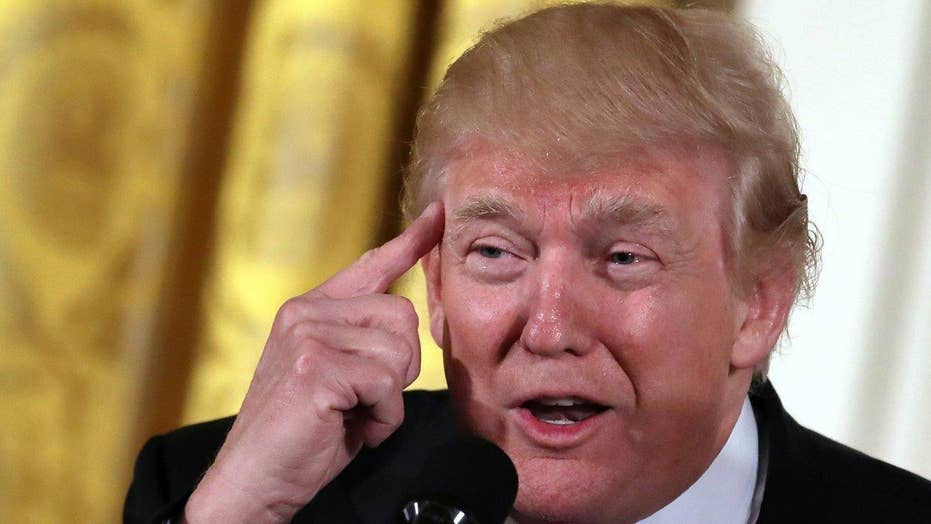 Tax reform would drop right in the middle of a potential government shutdown and healthcare reform efforts; John Roberts has the roundup for 'Special Report'

President Trump on Friday said businesses and individuals will receive a "massive tax cut" under a tax reform package he plans to unveil next week.

In an interview with The Associated Press, Trump said the plan will result in tax cuts for both individuals and businesses. He would not provide details of the plan, saying only that the tax cuts will be "bigger I believe than any tax cut ever."

The president said the package will be released on "Wednesday or shortly thereafter" — just before his 100 day mark in office. He will face opposition in Congress as the possibility of a government shutdown by the end of the month lingers.

Treasury Secretary Steven Mnuchin initially set a goal of getting tax reform passed by August, but that deadline has slipped. Mnuchin now says the administration still hoped to get a bill passed well before the end of the year.

Steve Forbes, in an interview on Fox Business’ "Your World With Neil Cavuto,” said Trump is doing the right thing by aggressively pushing for tax cuts.

"I think he's recognized that if he doesn't get this economy moving in a way that people visibly feel it, he and the Republicans are going to be in deep trouble next year," Forbes said.

He added that Trump will have to push congressional Republicans to get the tax plan through as soon as possible, because even if it's approved in the short-term, it will take time for Americans to truly feel its effects.

In March, a Fox News poll found that 55 percent of participants believed they pay too much in taxes, The number was down from a record 63 percent in march 2015.

Americans for Tax Reform President Grover Norquist said this week that he's confident that tax reform will be passed despite recent delays.

Norquist said there is agreement between the White House and Republicans in the House and Senate. That includes cutting the corporate rate from 35 to 20 percent, while small businesses would go from 40 down to 25 percent, which he called "very important."