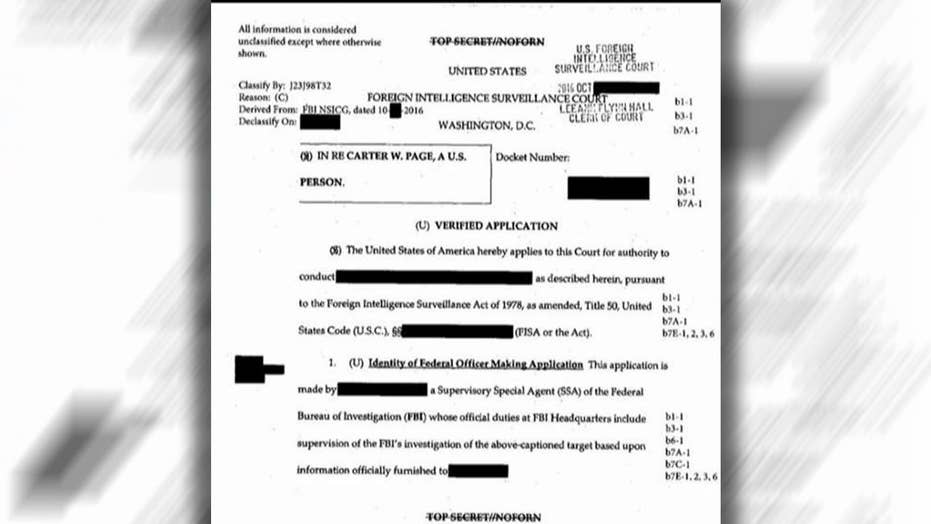 New reaction to release of FISA documents on Carter Page

President Trump says the documents make it appear that his campaign was illegally spied on; Democrats say they show evidence of Russia's coordination with Page.

President Trump will not immediately grant House Republicans' request to declassify and publicize currently redacted sections of the recently released FISA application used by the FBI to justify the surveillance of an ex-Trump aide, the White House said Monday.

Republicans on the House intelligence committee asked Trump last month to declassify portions of the surveillance warrant application for Page, according to a letter obtained by Fox News.

The heavily redacted application outlining the justifications for surveiling Page, which was approved and renewed several times by the Foreign Intelligence Surveillance Court (FISC), was released over the weekend after a Freedom of Information Act lawsuit.

DOJ RELEASES FISA DOCS: WHAT THEY REVEAL ABOUT THE SURVEILLANCE OF TRUMP

The documents revealed that the infamous and unverified Steele Dossier was a major component of the 2016 surveillance warrant and its renewals. The dossier, which was opposition research funded by the DNC and Hillary Clinton campaign, contains salacious allegations against Trump. 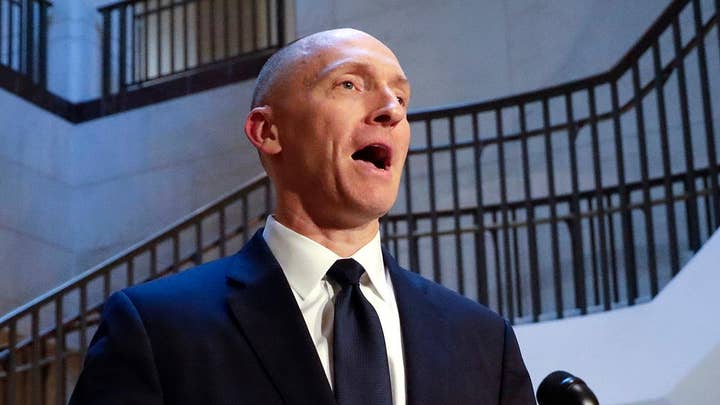 "The president has purposefully remained uninvolved in this process,"  White House press secretary Sarah Sanders said Monday. "He has said repeatedly that he wants the Department of Justice to be fully transparent with these requests from Congress, and he's going to continue at this point to remain uninvolved.

"However, he sees more and more every single day that this is proving further and further to be a total witch hunt, particularly because it was based on a false and unverified and discredited dossier," she added.

In their letter to Trump, the House intel committee members requested fully unredacted and declassified sections of the documents that were heavily redacted when released over the weekend.

“... [W]e respectfully request that you declassify and release publicly, and in unredacted form, pages 10-12 and 17-34, along with all associated footnotes, of the third renewal of the FISA application on Mr. Page," the letter from the House Republicans states. "That renewal was filed in June 2017 and signed by Deputy Attorney General Rod Rosenstein."

The documents also revealed that on four occasions, the FBI told the FISC that it "did not believe" former British spy Christopher Steele was the direct source for a Yahoo News article implicating Page in Russian collusion, newly released documents reveal.