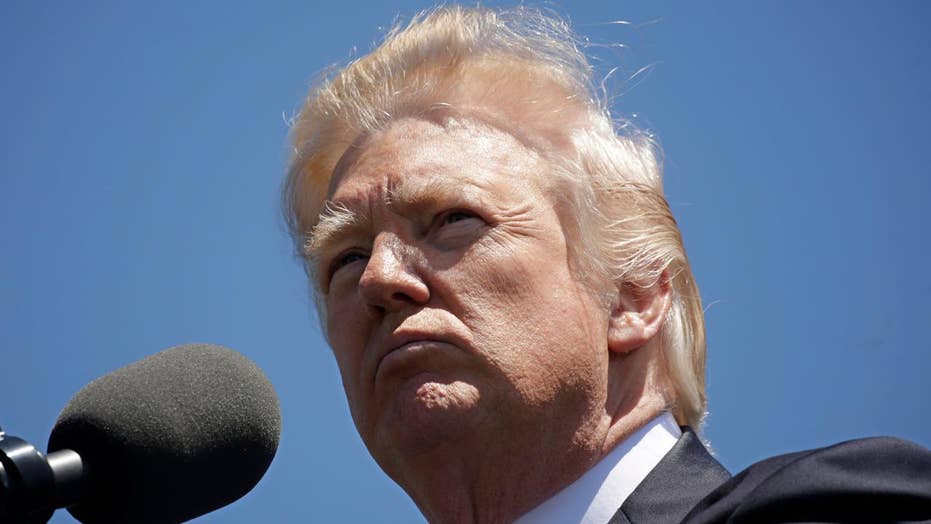 The plan was disclosed Monday as Vice President Mike Pence filed his own 2016 personal financial disclosure form with the Office of Government Ethics. Pence reported earning about $110,000 last year, entirely from his salary as governor of Indiana.

Trump's personal finances are far more complex, since he was at the helm of a global real estate, property management and branding business until taking office in January. The White House official who said Trump will "soon" submit his 2016 personal financial disclosure did not give details about when it would be released and demanded anonymity to discuss the matter ahead of the filing.

Previous presidents, including Barack Obama and George W. Bush, have updated the public on their finances during their first year in office, even though they are not required to do so until the second year. Until Monday, the White House had not indicated whether Trump would follow that tradition or take advantage of his ability under the law to wait a year.

Such documents include an accounting of a person's personal income, assets and liabilities. Trump's 2016 form will span his general election candidacy, election and transition to power — potentially shedding light on the immediate impact his Republican nomination and election had on his Trump Organization.

Last May, then-candidate Trump's disclosure form showed his business empire had grown in value while he was running for office.

However, the information is no substitute for tax returns, which Trump has chosen not to release. Tax documents would show his effective rate of income tax and detail the extent of his charitable giving.

While Trump's two previous financial disclosures have run about 100 pages each, Pence's tend to be far shorter.