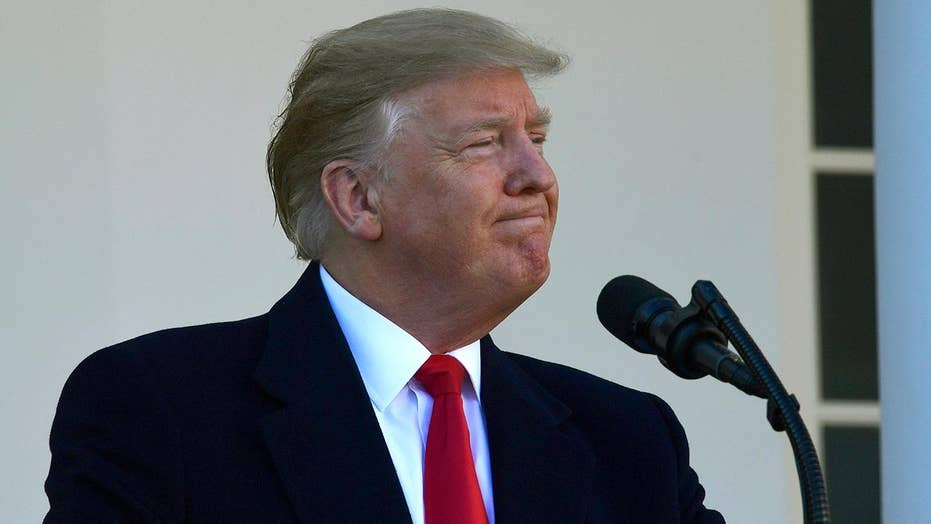 Democrats push theory that Trump is being blackmailed by Russia

President Trump is expressing gratitude to MSNBC for a new report that may shed light on the findings from the Senate Intelligence Committee.

NBC News reported Tuesday morning that according to both unnamed Republicans and Democrats, the Senate Intelligence Committee has concluded that there is no direct evidence of conspiracy between the Trump campaign and Russia during the 2016 election after conducting 200 interviews over the course of two years.

As NBC News’ Ken Dilanian reported on-air, Committee Chairman Richard Burr, R-N.C., told another news outlet last week that the panel had reached a conclusion, but now there is reporting from the Democratic side that confirmed Burr’s remarks.

“They are nearing the end of this investigation we are told but that once they interview their final witness, it will take another six or seven months to prepare a report. So the American public may not see the fruits for some time,” Dilanian told MSNBC’s Hallie Jackson.

Dilanian later stressed that the Senate Intel investigation is completely independent from the probe conducted by Special Counsel Robert Mueller and how he may draw different conclusions.

“That said, Trump will claim vindication through this, and he’ll be partially right,” Dilanian added.

The president took to Twitter to praise MSNBC’s reporting and share a clip of its on-air reporting.

“Thank you to MSNBC!” he tweeted.