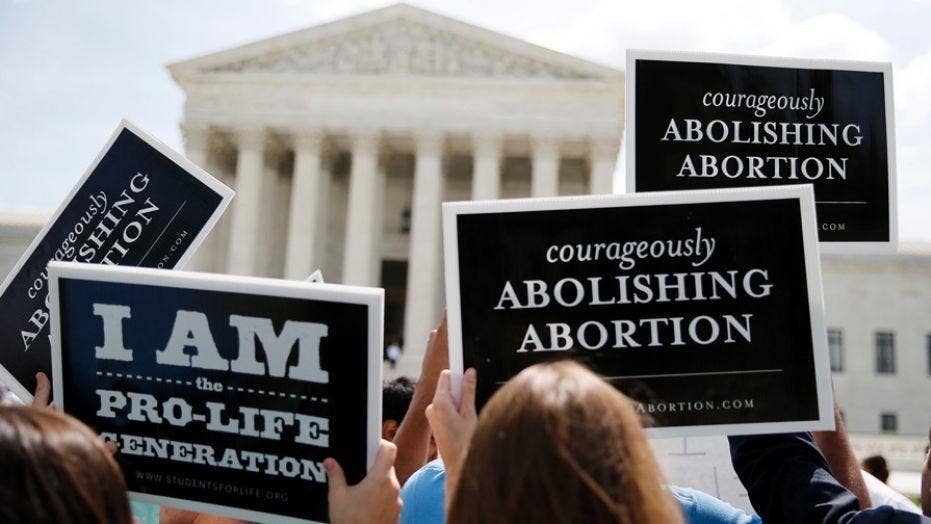 Should an illegal immigrant get a taxpayer-funded abortion?

The Trump administration on Friday asked the Supreme Court to discipline ACLU lawyers for helping a teen illegal immigrant get an abortion while federal lawyers were preparing their case to the high court opposing the procedure.

The unidentified, 17-year-old from Central America was reportedly told by federal agents in September that she was pregnant, upon trying to illegally enter the U.S. without her parents.

The Trump administration purportedly blocked the teen – only identified as “Jane Doe” – and a guardian from leaving a South Texas refugee center, where she was being detained, to see an abortion provider. They argued the federal government shouldn’t facilitate her having the procedure.

ACLU lawyers in October successfully filed a federal lawsuit that allowed the teen to see a doctor and have an abortion, according to The Los Angeles Times.

A federal appeals court upheld the ruling on Oct. 24, and the undocumented minor had the abortion the following day – before the administration could appeal to the high court.

However, Justice Department lawyers say the ACLU lawyers had agreed to keep them informed about when the teen would have the procedure, which was purportedly paid for with private funds.

And they argue that the teen’s appointment with an abortion provider was moved from Oct. 26 to the early morning of Oct. 25, to sidestep a high court review. They also claim the appointment was supposed to be a counseling session.

“In light of that, the Justice Department believes the judgment under review should be vacated and discipline may be warranted against Jane Doe’s attorneys,” the agency told the LA Times.

The ACLU on Friday argued the administration failed to file a “timely appeal” to the Supreme Court and that the lower court gave the teen the authority to have the abortion. The teen had the legal right to have such a procedure and had no obligation to wait for federal lawyers to try to stop her, they said.

“This administration has gone to astounding lengths to block this young woman from getting an abortion. Now, because they were unable to stop her, they are raising baseless questions about our conduct,” said ACLU Legal Director David Cole, who also argued the case is part of a new administration policy “to block access to abortion care for young immigrants in detention.”

In its appeal on Friday, the Justice Department lawyers said a young woman who crosses the border illegally has not right to obtain an abortion.