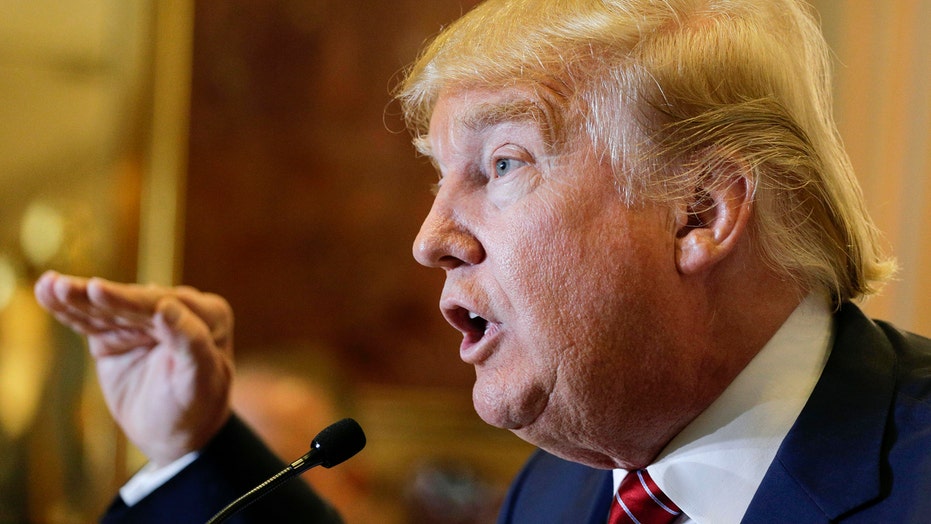 Donald Trump's long-awaited tax plan -- which would eliminate federal taxes for millions -- was met with mixed reviews Monday, with one anti-tax group calling it a jobs engine but others questioning its impact on the debt and deficit.

"We have an amazing code," Trump said of his tax system. "It will be simple. It will be easy. It will be fair."

Out of the gate, the plan won an endorsement from Americans for Tax Reform President Grover Norquist, who hailed the proposed corporate tax cut.

But the Trump campaign also claimed the plan "doesn't add to our debt and deficit," and is "revenue neutral." This was met with skepticism by the nonpartisan Tax Foundation, which is analyzing the proposal.

"It's hard to see how the plan would reach revenue neutrality," Kyle Pomerleau, a foundation economist, told FoxNews.com, citing the array of rate cuts and other measures.

Douglas Holtz-Eakin, president of the American Action Forum and former Congressional Budget Office director, noted tax reform plans typically involve lowering rates and broadening the base. "He's lowering the rate and narrowing the base," he said.

Asked about Trump's claim that the plan is revenue-neutral, Holtz-Eakin quipped: "He claims his hair is real, too."

The billionaire real estate mogul says the country would pay for the tax cuts through a combination of eliminating deductions and loopholes. Trump wants to eliminate the so-called "carried interest loophole" that allows managers of hedge funds and private equity firms to pay a lower tax rate than most individuals. He also wants to allow corporations to bring money held in overseas accounts back to the United States after paying a one-time tax of 10 percent.

Trump said the plan would impact the wealthy by reducing or eliminating most deductions and loopholes.

"In other words, it's going to cost me a fortune," he said at a news conference at his Trump Tower skyscraper in Manhattan.

Pomerleau, though, said Trump's plan likely would cut taxes for low- and high-income filers alike. And the most expensive provision -- for the federal budget -- would likely be the lowering of the top income tax rate, he said.

Still, the plan would significantly impact the other end of the income spectrum.

While millions of low-income Americans already do not pay federal income taxes, Trump's plan would significantly expand that group -- his campaign says it would remove "nearly 75 million households" from the federal income tax rolls.

According to the Tax Foundation, under current law a single filer with no children would not pay taxes on income under $10,300. Under Trump's plan, that threshold rises to roughly $25,000.

Further, instead of having to file taxes and wait for a refund for any tax dollars that were withheld, lower-income Americans would simply send in a one-page form to the IRS saying, "I win," according to the Trump campaign.

The Trump plan also reduces the number of tax brackets from seven to four.

Trump estimated that his plan would lead the economy to grow at least 3 percent a year, and as much as 5 or 6 percent.

The tax plan is the third major policy proposal from Trump, who has also outlined plans for immigration and guns. He has been criticized for failing to unveil specific policy proposals as he's risen in early polling.

Club for Growth Action, whose parent group has been feuding with Trump in recent weeks, put out a statement contrasting Monday's plan with Trump's "long history of calling for the largest tax increase in U.S. history."

"His tax plan begs the question: Does this mean you were completely wrong about all your liberal policies on taxes, trade, health care, bailouts, and eminent domain?" the group said in a statement.

FoxNews.com's Judson Berger and The Associated Press contributed to this report.