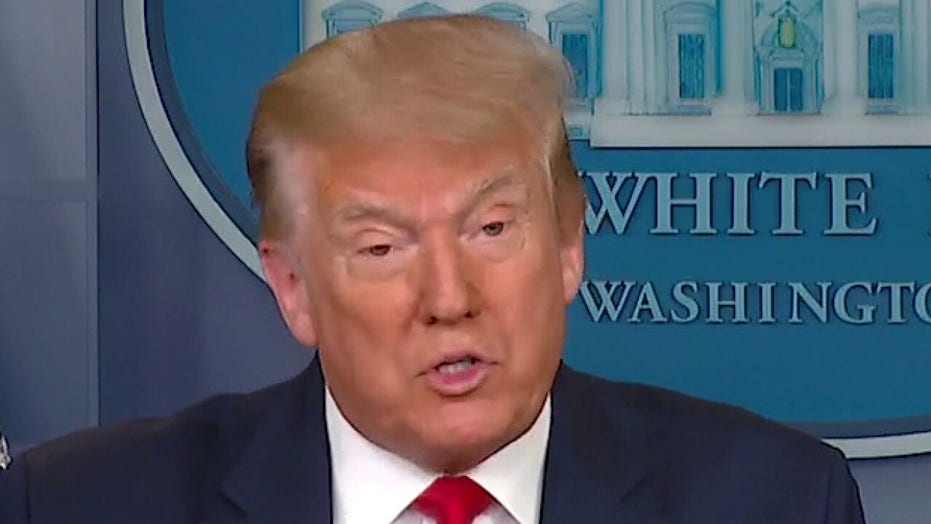 Trump on stock market success: This is not just luck, this is talent

After the release of the record-breaking June jobs reports, President Trump says the only thing that will kill the economic momentum is a bad president or raising taxes.

President Trump is warning that if Democratic challenger Joe Biden is elected in November, the stock market will collapse and Americans' financial investments “will drop down to nothing.”

As he was touting the June unemployment report on Thursday morning, the president used a press briefing to highlight the rebound in the stock market after the coronavirus pandemic swept the nation in March.

“In the second quarter, the Dow Jones increased 18 percent,” Trump stressed. “It’s the best in 33 years.”

Biden – the Democratic Party’s presumptive presidential nominee – earlier this week told campaign donors during a virtual fundraiser that he would roll back most of the president’s tax cuts, which were passed in December 2017 when Republicans controlled both the House and the Senate.

“I’m going to get rid of the bulk of Trump’s $2 trillion tax cut,” the former vice president said. “And a lot of you may not like that but I’m going to close loopholes like capital gains.”

As the coronavirus swept the nation in March, most Americans were forced to huddle in their homes to prevent the spread of the pandemic. The outbreak sparked a massive economic downturn, with more than 40 million people filing first-time unemployment claims, surging the jobless rate to levels not seen since the Great Depression nearly a century ago. 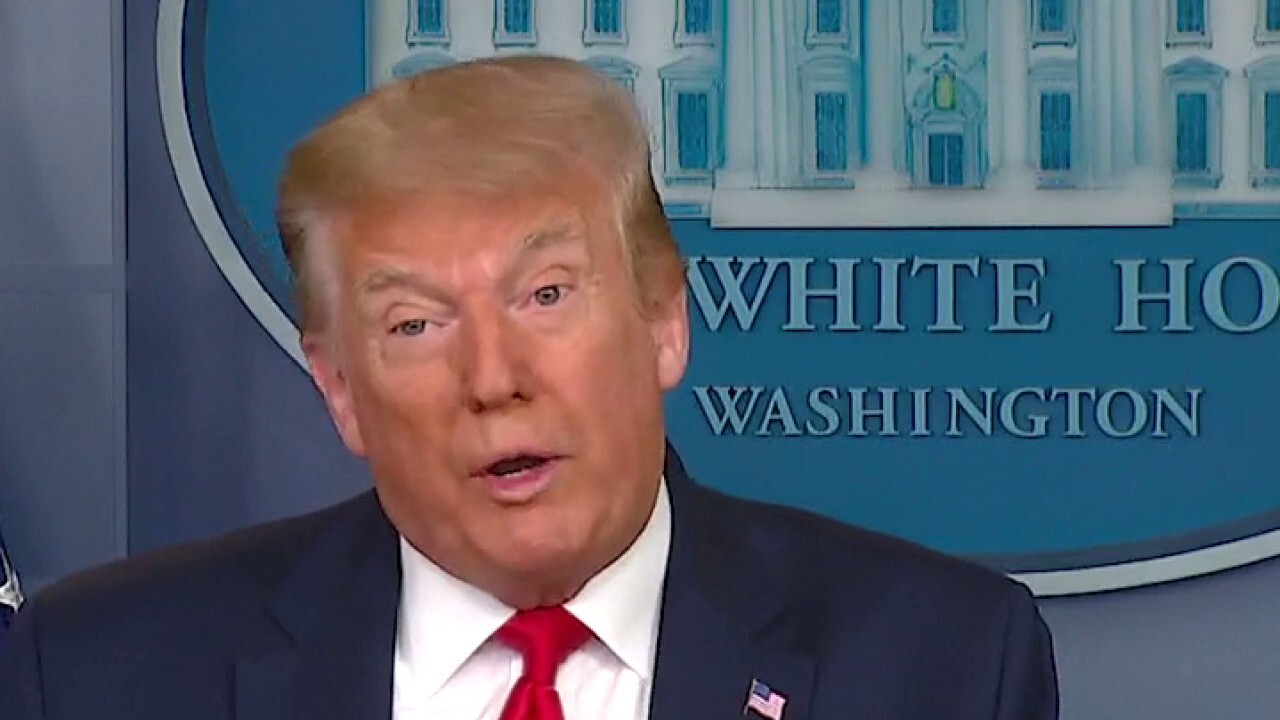 The president touted the “historic numbers” in the June jobs report, which saw the nation’s unemployment level drop to 11.1 percent – as employers added 4.8 million jobs in June.

Trump called the report “spectacular news” and said it “proves that our economy is roaring back. It’s coming back extremely strong.”

With an eye towards the November general election – when the president is running for a second term in the White House – Trump said ”you’re going to have a fantastic third quarter. It will be a third quarter the likes of which we’ve never seen before, in my opinion. And the good thing is the numbers will be coming out just prior to the election so people will be able to see those numbers.”

Following the president’s lead the past two months, many states started relaxing social distancing and other restrictions in order to jump-start the economy. Many of the states that heeded Trump’s advice – among them Arizona, Texas, and Florida – are now experiencing a surge in new coronavirus cases. Many of these states have paused or rolled back efforts to loosen restrictions.

Democratic National Committee Chairman Tom Perez,  a former Labor secretary, charged on Thursday that “the economic situation in our country didn’t have to be this bad. While this jobs report is a snapshot of our economy as many states were reopening, we are now seeing states backtracking and American workers are the ones feeling the pain – all  because of Trump’s incompetent handling of this pandemic.”

“It’s critical that we get people back to work and continue to help the millions who are still out of work, but this president’s failure of leadership is devastating our economy and costing people their jobs, their savings, and their lives,” he added.

A USA Today/Suffolk University national poll conducted over the past week indicated voters believed Biden would do a better job handling every major issue except the economy, where the Republican president had a 47-45 percent edge over his Democratic challenger.