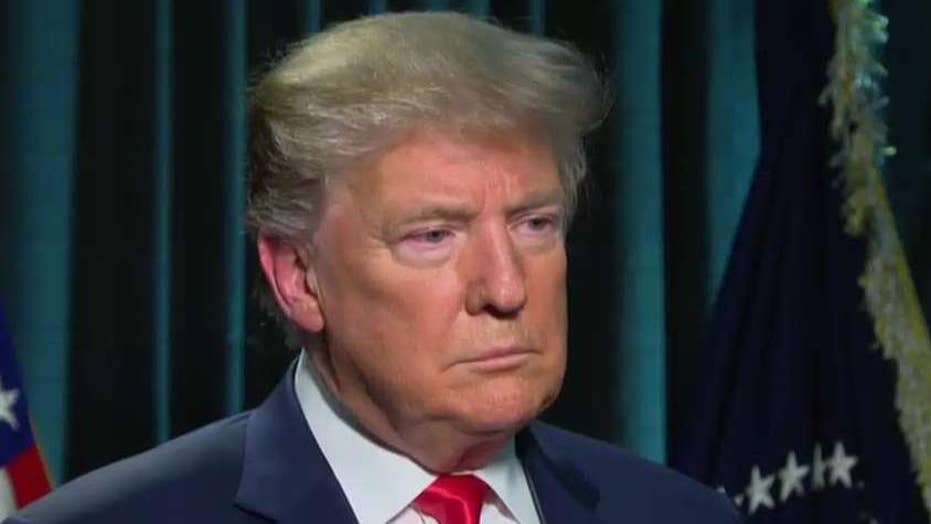 Trump: A wall is a good thing, a moral thing

A President Trump supporter accosted a BBC cameraman at the president’s campaign rally in El Paso, Texas, on Monday night.

The man reportedly pushed BBC’s Ron Skeans and verbally confronted the rest of the news crew before another man pulled him away.

The cameraman told the BBC that the “very hard shove” came out of nowhere. “I didn't know what was going on.”

Trump apparently saw the attack and continued his speech and gave a thumbs up when he saw the crew was OK. Skeans returned the gesture – giving a green light to continue with the rally.

BBC Washington producer Eleanor Montague said the protester, whose name was unknown, had taunted other news teams, but Skeans “got the brunt of it.”

Washington correspondent Gary O'Donoghue, meanwhile, said the incident was “an incredibly violent attack,” and blamed Trump’s rallies for pitting the supporters of the president against the media.

“This is a constant feature of these rallies - a goading of the crowds against the media,” he said.

White House Press Secretary Sarah Sanders responded Tuesday afernoon: “President Trump condemns all acts of violence against any individual or group of people - including members of the press. We ask that anyone attending an event do so in a peaceful and respectful manner.”

A Trump campaign official told the BBC that the attacker was drunk.

Trump’s campaign rally in El Paso came amid the border wall standoff in Washington, D.C., where Democrats aren’t willing to give enough funding to build the wall along the U.S.-Mexico border.