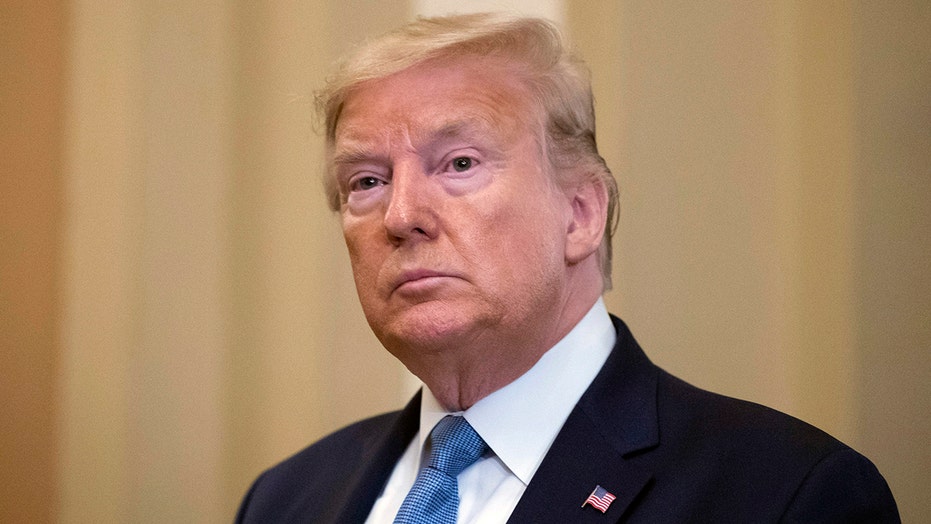 President Trump and Democratic governors are clashing over the administration’s handling of the coronavirus threat and the role that states should play in combatting the spread of the virus.

New York Gov. Andrew Cuomo, who has declared a state of emergency, slammed the administration, specifically accusing the Centers for Disease Control and Prevention (CDC) of having “handcuffed the states” by not approving New York and other state labs to test for coronavirus, or COVID-19, for “a period of time.”

EXCLUSIVE: CUOMO SPEAKS OUT AFTER DECLARING STATE OF EMERGENCY OVER COVID-19 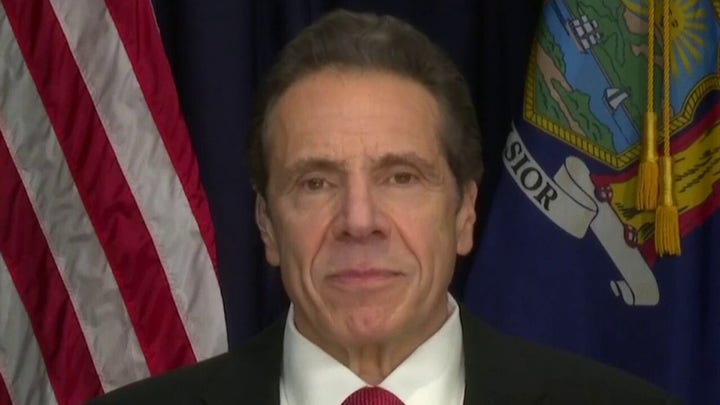 Cuomo, who is dealing with one of the most concentrated spreads of COVID-19 in New Rochelle, N.Y., with more than 108 cases there, said Wednesday that he needed the freedom to handle the issue on his own.

Over the weekend, Cuomo criticized the Trump administration and the president himself for suggesting all who want to test for COVID-19 can do so, while the U.S. was facing a shortage of testing supplies. He said Trump’s comments have sparked confusion and “fear.”

“To compound this issue, their messages are all over the place, frankly,” Cuomo said of the White House during an exclusive interview with Fox Business Network's Maria Bartiromo. “You have the president of the United States stand up and say anybody who wants to test can have a test, and then you have the vice president stand up and say, we don’t have the capacity to test.”

He added: “We can’t say to the people in this country or in this state, anyone who wants a test can have a test. It’s just not true. And that’s what causes the panic and the fear. And then you’re off to the races.”

States now have been granted authority by the CDC to conduct tests in their own state labs and facilities, and the White House and official coronavirus task force are addressing the issue of test shortages.

Vice President Pence on Tuesday announced that more than 1.1 million tests had been sent out Monday, an additional 1 million were sent to states Tuesday, and by week's end, 4 million more tests would be sent to states.

INSLEE ON TRUMP CORONAVIRUS FEUD: 'I DON'T CARE WHAT DONALD TRUMP THINKS OF ME'

Over the weekend, Republican Maryland Gov. Larry Hogan praised Pence’s work in leading the task force, but also criticized the president’s communication skills on the matter.

“He’s a former governor,” Hogan said of Pence on NBC’s “Meet the Press” Sunday. “He knows the governors are on the front lines and he is doing, I think, a good job of coordinating everybody and communicating with us.” 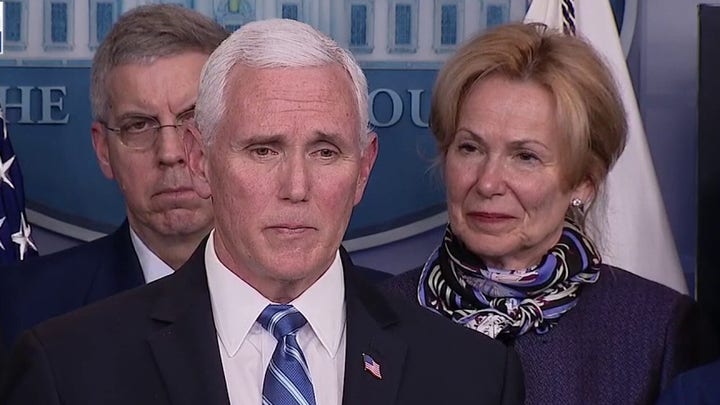 “Has the president been perfect in his communication? I would say he hasn’t communicated the way I would and the way I might like him to,” Hogan continued. “But I think the rest of the team has been doing a pretty good job.”

Meanwhile, over the weekend, Trump slammed Democratic Washington state Gov. Jay Inslee as a “snake” and told Pence not to be complimentary of him.

“I told Mike [Pence] not to be complimentary of that governor because that governor is a snake,” Trump said during a stop at the CDC in Atlanta. “So Mike may be happy with him but I’m not, OK?”

“We are very pleased with the federal government helping us right now,” Inslee said. “I don’t care what Donald Trump thinks of me and I just kind of ignore it.”

He added that he is “focusing on people’s health and not about political gamesmanship right now.”

Trump’s comment came following a tweet by Inslee, who launched a short bid for president last year, where he said he spoke with Pence and asked him for the administration to stick to the facts when discussing the outbreak of the virus.

“I just received a call from [Pence], thanking Washington State for our efforts to combat the coronavirus,” Inslee tweeted on Feb. 28. “I told him our work would be more successful if the Trump administration stuck to the science and told the truth.”

Pence late last week visited Washington state, where he met with Inslee and pledged that Washington had the White House’s full support in battling the coronavirus.

The state has been one of the hardest hit by the coronavirus outbreak in the U.S., with at least 70 confirmed infections and 11 dead.

But the president isn’t facing heat from all governors.

Democratic California Gov. Gavin Newsom, a frequent critic of the president, praised Trump and his administration for their response to the outbreak of COVID-19 — specifically with regard to the Grand Princess Cruise Ship docked in Oakland, Calif., over the weekend carrying thousands of people.

“His administration … has been consistent with the expectation that we repatriate these passengers … and we do it in a way that does justice to the spirit that defines the best of our country and the state of California,” Newsom said during a press conference this week.

“He said, ‘We’re going to do the right thing, and you have any support,’” Newsom explained. “He said everything that I could have hoped for.”

Newsom added: “And every single thing he said, they followed through on.”