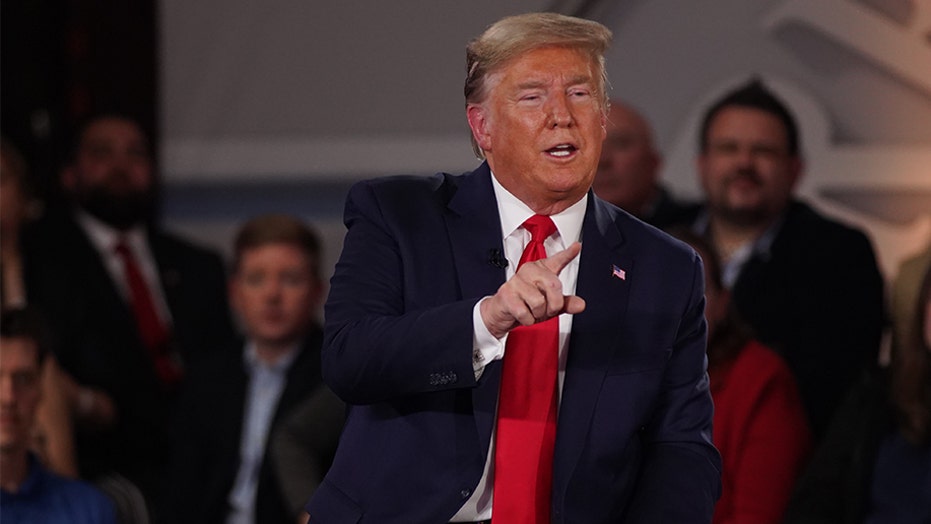 “Tommy Tuberville is running for the U.S. Senate from the Great State of Alabama,” Trump tweeted Tuesday night. “He is a REAL LEADER who will never let MAGA/KAG, or our country down!”

Trump fired Sessions as attorney general in November 2018 after he recused himself from the Justice Department’s Russia investigation.

Sessions responded to Trump's endorsement of Tuberville by tweeting: "Of course, President Trump can endorse anyone he chooses for the U.S. Senate election in Alabama. But the Constitution expressly empowers the people of Alabama, and only them, to select their Senator. I intend to take my case directly to the people of Alabama."

For his part, Tuberville tweeted at the president: "Looking forward to helping you drain the swamp and #KAG!"

The Tuberville endorsement is not a surprise. Trump tore into Sessions the morning after his failure to secure a majority of the votes in the primary.

"This is what happens to someone who loyally gets appointed Attorney General of the United States & then doesn’t have the wisdom or courage to stare down & end the phony Russia Witch Hunt," Trump tweeted, and included a link to a story about Sessions' runoff. He added: "Recuses himself on FIRST DAY in office, and the Mueller Scam begins!"

Sessions recused himself due to the possibility of a perceived conflict of interest due to his connection to Trump's 2016 campaign. Trump has often blamed him for allowing others to control the investigation, which led to the appointment of Robert Mueller as special counsel and years of speculation that it could threaten Trump's presidency.

Still, Sessions, who held the Senate seat for 20 years, has been running on his record of being close to Trump, despite the president repeatedly knocking him in the past.

The winner of the runoff will move on to face Democratic Sen. Doug Jones, who defeated Roy Moore in a 2017 special election after Sessions joined Trump's administration.

Sessions first tried to reconcile with the president in November, using his first campaign ad as a 2020 Senate candidate to say the president “has my full support.”

In the ad, Sessions addressed the camera and said: “When I left President Trump’s Cabinet, did I write a tell-all book? No. Did I go on CNN and attack the president? Nope. Have I said a cross word about our president? Not one time.”

Continuing, he said: “I’ll tell you why: First, that would be dishonorable. I was there to serve his agenda, not mine. Second, the president is doing a great job for America and Alabama, and he has my strong support.”