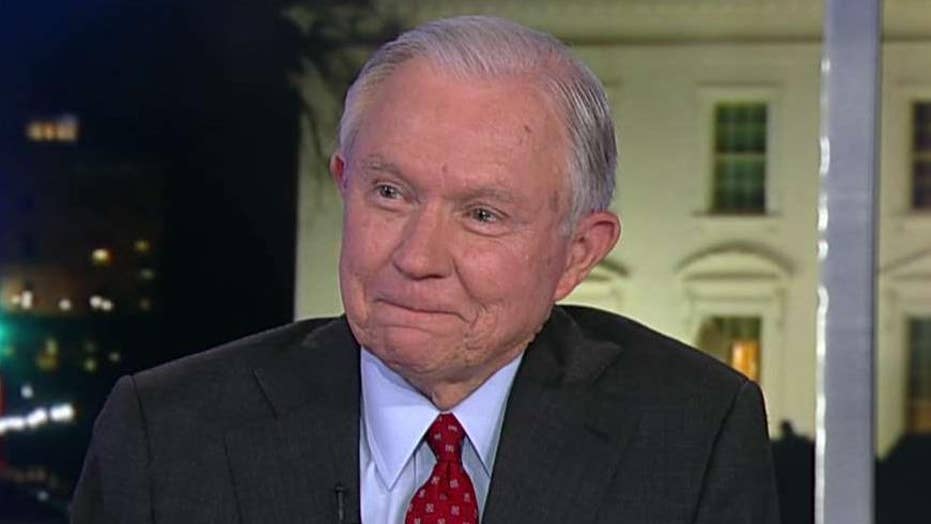 Former Attorney General Jeff Sessions is using his first campaign ad as a 2020 Senate candidate in Alabama to try moving past his strained relationship with President Trump, saying the president “has my full support.”

In the ad, Sessions addressed the camera and said, “When I left President Trump’s Cabinet, did I write a tell-all book? No. Did I go on CNN and attack the president? Nope. Have I said a cross word about our president? Not one time.”

Continuing, he said, “I’ll tell you why: First, that would be dishonorable. I was there to serve his agenda, not mine. Second, the president is doing a great job for America and Alabama, and he has my strong support.”

Sessions, who resigned from the Justice Department a year ago amid public attacks from the president, was one of Trump’s most loyal and trusted advisers before their relationship soured over his recusal from the Russia investigation.

A major question hanging over Sessions’ entrance into the race would be whether Trump -- who has remained popular in Alabama -- would take steps to thwart his bid. Trump is scheduled to visit Alabama this weekend to attend the Alabama-LSU game college football game on Saturday.

Some of Sessions’ rivals already have gone  after Sessions over his history with Trump.

“Alabama deserves a senator who will stand with the president and won’t run away and hide from the fight," Byrne said in a statement in response to Sessions getting in the race.

Tuberville went even further, tweeting, “As AG, he failed the President at his point of greatest need.” Tuberville's campaign released an ad Thursday highlighting Trump’s past comments calling Sessions a “total disaster” and “embarrassment” to Alabama.

Prior to Sessions’ resignation last year, Trump repeatedly lambasted him over his recusal, saying he wouldn’t have installed him as the country’s top law enforcement officer had he known his attorney general would recuse himself from the Russia probe.

Sessions went on to become one of Trump’s most outspoken and prominent surrogates during the campaign. When other Republicans abandoned Trump after the release of the “Access Hollywood” tape just days before the general election, Sessions stood by Trump.

After Sessions resigned from the Senate to become attorney general, Jones in 2017 pulled off a major upset in Alabama, becoming the first Democrat to win election to the Senate from the deeply conservative state in 25 years. As for 2020, the race is considered one of the best shots for Republicans to flip a Senate seat.