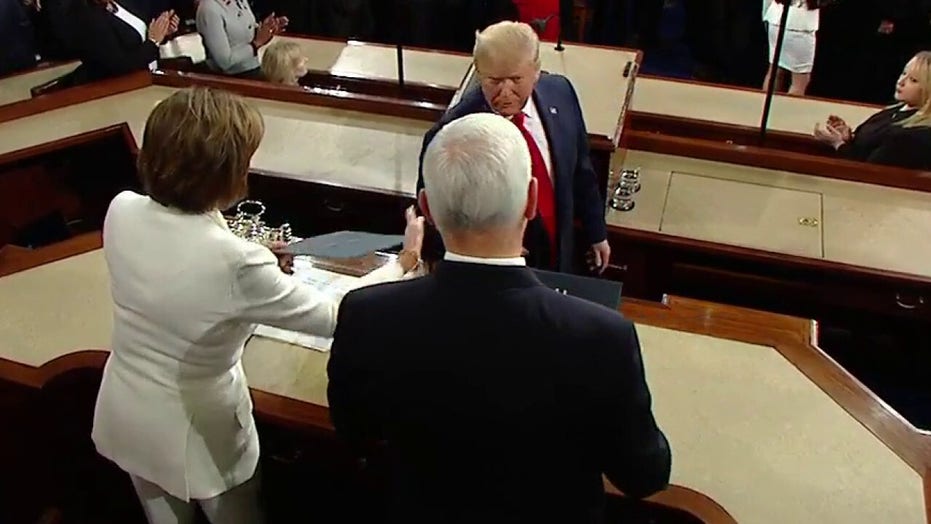 President Trump hands Nancy Pelosi a copy of his State of the Union address, appears to reject an offered handshake from the House speaker.

Trump was handing out copies of his speech to Pelosi and Vice President Mike Pence when Pelosi extended her hand to the president. It’s unclear if Trump didn’t see her hand or just didn’t want to reciprocate, but he promptly turned away from her to face the crowd gathered on the House floor.

Pelosi, whose signature adorned the articles of impeachment brought against Trump in December, apparently thought it was a snub, as she pursed her lips in surprise when Trump turned around.

Trump and Pelosi have a history of subtle snubs and snips during the State of the Union. 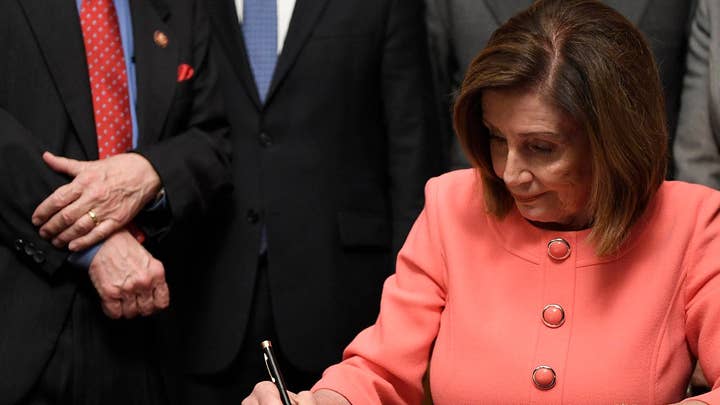 Following last year’s address, Pelsoi’s style of applause went viral after The Washington Post referred to it as “withering,” “pitying” and “Lucille Bluth-like in its contemptuousness” in reference to the comedic matriarch from the Netflix series "Arrested Development." The New York Times wrote a story about the applause with the headline: “As Pelosi Applauds Trump, the Internet Sees a Clapback."

Pelosi also garnered attention for what she appeared to be reading during Trump's address. She shifted her attention from Trump to several pieces of paper multiple times, leading many on social media to speculate on what she could be looking at. 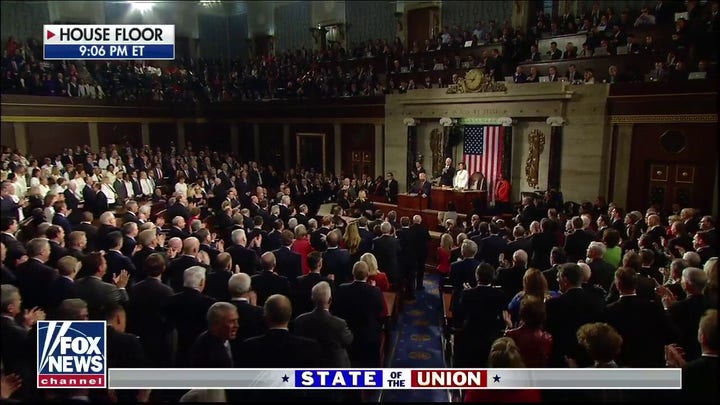 A spokesperson for her office confirmed it was a copy of Trump's speech. Others jokingly said it was Special Counsel Robert Mueller's report on Russian meddling in the 2016 presidential election.