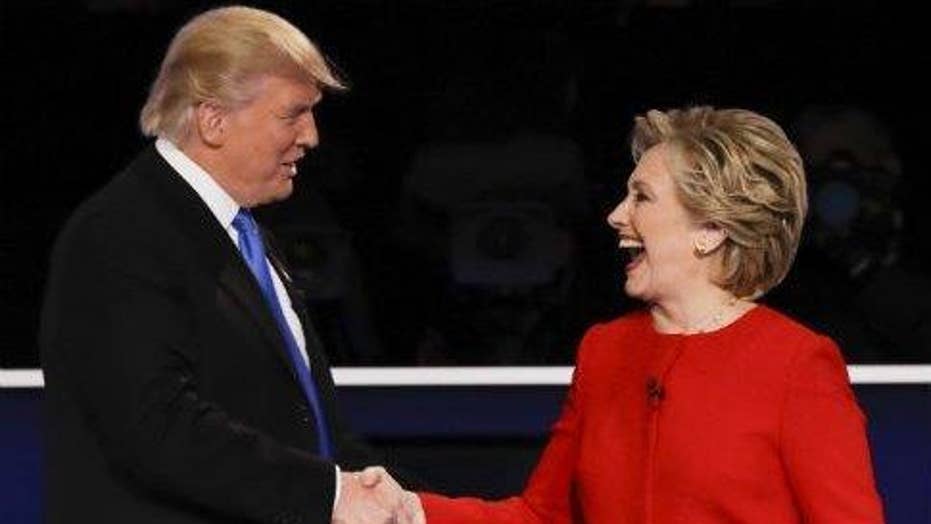 New ABC News/Washington Post poll finds that if Trump would defeat Hillary Clinton again if the election were held today. What about that theory about alleged collusion between Russia and Trump, Dems? #Tucker

President Trump took a few more shots Monday at his old nemesis – the pollsters who confidently predicted his loss last year – after new surveys were released playing up the president’s low approval ratings at the end of his first 100 days.

But the same polling also buried some more positive news for the president: he’d still beat Hillary Clinton in a head-to-head matchup, according to one survey.

The Washington Post-ABC News poll showed that 43 percent said they would support Trump if the election were held today, compared with 40 percent for the former Democratic nominee, Clinton.

Trump touted the finding (which was within the margin of error) on Twitter on Sunday, saying: “ABC News/Washington Post Poll (wrong big on election) said almost all stand by their vote on me & 53% said strong leader.”

He followed up with another tweet Monday citing that poll and one other from the NBC News/Wall Street Journal.

Trump continues to try and downplay the reliability of polling outfits as he nears the end of his first 100 days, repeatedly invoking their difficulty gauging the election last year -- even as he plays up the silver linings in their findings.

While the Washington Post poll did contain “positive info” for Trump, the section on his standing against Clinton was saved for the second-to-last paragraph – as noted by The Washington Examiner.

The Post story led with Trump’s historically low approval rating – 42 percent, “the lowest recorded at this stage of a presidency dating to Dwight Eisenhower.”

The story noted that his base also is mostly standing by him, a point Trump echoed on Twitter. His approval rating among those who voted for him was 94 percent, but the poll suggests he has not grown his base much since taking office.