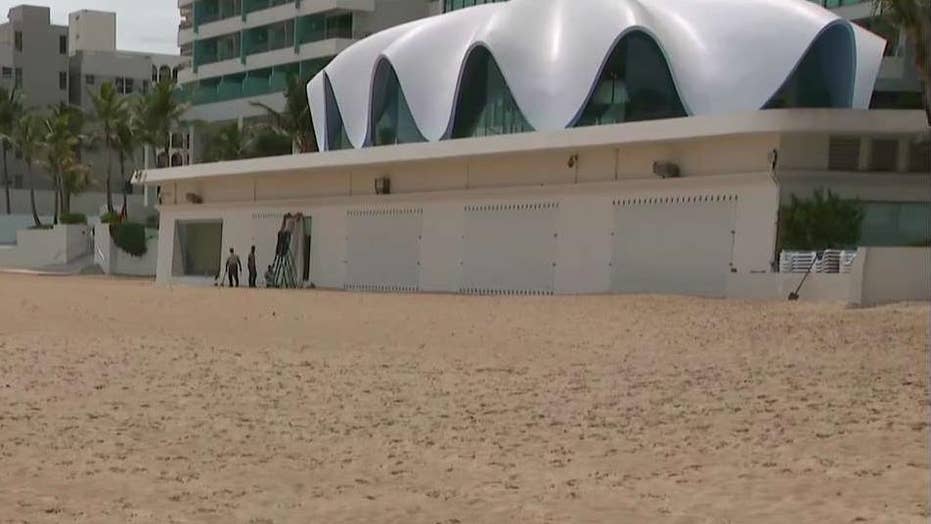 Dorian is expected to make landfall in Puerto Rico where President Trump has declared a state of emergency; Rick Leventhal reports from San Juan.

As Tropical Storm Dorian barrels towards Puerto Rico, President Trump lashed out at the island territory over how its government handled federal aid after Hurricane Maria.

“Puerto Rico is one of the most corrupt places on earth," the president tweeted Wednesday. "Their political system is broken and their politicians are either Incompetent or Corrupt. Congress approved Billions of Dollars last time, more than anyplace else has ever gotten, and it is sent to Crooked Pols. No good!”

TROPICAL STORM DORIAN SET TO HIT PUERTO RICO, MAY BE OFF FLORIDA AS CATEGORY 2 HURRICANE

The president also insisted he was “the best thing that’s ever happened to Puerto Rico.”

The Trump administration faced criticism for its response to the 2017 storm that devastated Puerto Rico. The island's 3.2 million inhabitants still depend on a shaky power grid that has remained prone to outages since it was destroyed by the Category 4 storm, and some 30,000 homes still have blue tarps as roofs. Trump claims this was the fault of corrupt leadership, not the federal government.

Puerto Rico Gov. Wanda Vazquez already has declared a state of emergency in anticipation for Dorian. She claimed that the island is in a better position to deal with a storm now than they were in 2017.

"I want everyone to feel calm," she said ahead of the storm. "Agency directors have prepared for the last two years. The experience of Maria has been a great lesson for everyone."

Public schools are scheduled to close by Tuesday afternoon and at least one cruise ship canceled its trip to Puerto Rico, according to the governor. Government officials said that 360 shelters will be made available for those who do not have a safe place available to ride out the storm.

The governor said about 24,000 cots have been distributed across the island so far.

Barbados already lost power as Dorian approached. It is expected to pick up strength, possibly achieving hurricane status as it nears Florida.