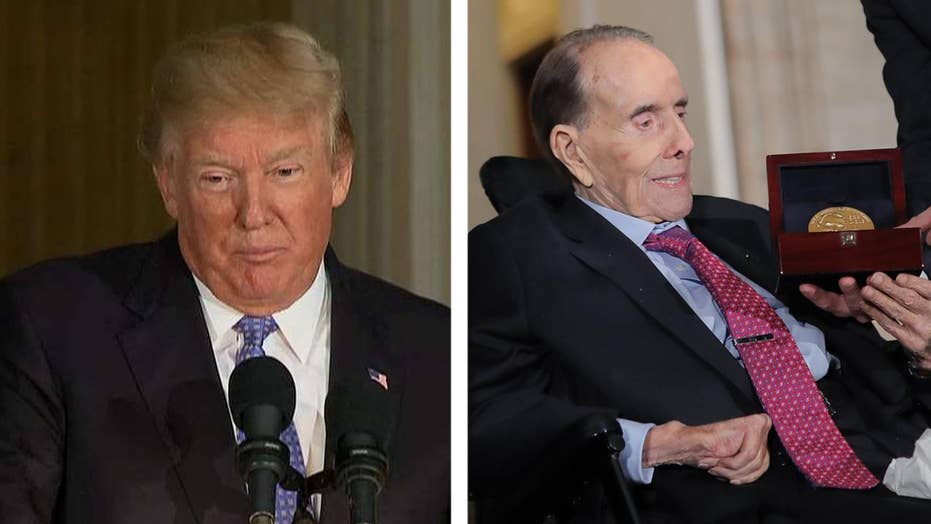 President Trump on Monday signed legislation authorizing the honorary promotion of former Sen. Bob Dole, R-Kan., from captain to colonel in the U.S. Army in recognition of his service in World War II.

The legislation, which was passed unanimously last month by the House of Representatives after going through the Senate, recognizes Dole’s time spent in the armed forces during World War II, where he earned two Purple Hearts and was twice awarded the Bronze Star Medal with Valor.

"I was proud to wear our nation's uniform 77 years ago when I enlisted, and my pride in America's brave servicemen and women continues today," Dole said in a statement in March, when Congress passed the legislation authorizing his promotion.

The 95-year-old Dole, who ran for president in 1996, was last seen publicly in December when he rose from a wheelchair to salute the coffin of former President George H.W. Bush in the Capitol rotunda.

Dole, who represented Kansas in the U.S. House and Senate for a total of 35 years, was injured by German machine gun fire while serving as an infantry lieutenant in 1945 in the European theater. The injury left him with limited use of his right arm.