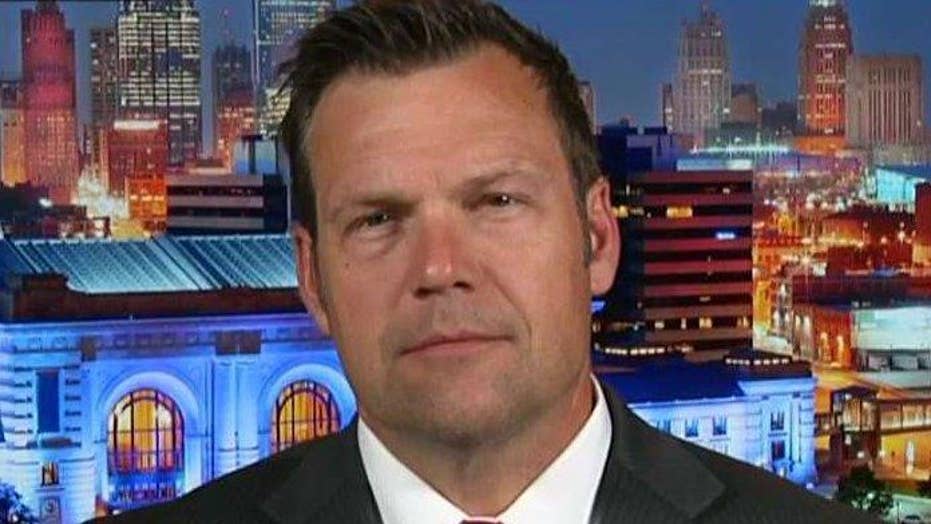 Kobach: This is a first of its kind effort vs voter fraud

Kansas secretary of state sounds off on Pres. Trump's decision to appoint him and Vice President Mike Pence to a new commission that will investigate voter fraud and other election irregularities #Tucker

President Trump signed an executive order on Thursday to launch a commission to review alleged voter fraud, a White House official confirmed to Fox News, after months of claiming voter fraud in the 2016 presidential election.

"This action by President Trump fulfills another promise made to the American people,” Pence said in a statement. "We can't take for granted the integrity of the vote."

"We expect the report to be complete by 2018," spokeswoman Sarah Huckabee-Sanders said. "The experts will follow the facts where they lead--we'll share updates as we have them."

Trump originally vowed to create such a commission in January. Days after his inauguration, Trump took to Twitter calling for a “major investigation into VOTER FRAUD,” saying that depending on the results of the investigation, “we will strengthen up voting procedures!” He cited “illegal" voters and “those registered to vote who are dead (and many for a long time)” which he claimed cost him the popular vote, which Hillary Clinton won by 3 million votes.

"Putting an extremist like Mr. Kobach at the helm of this commission is akin to putting an arsonist in charge of the fire department," Schumer said. "President Trump has decided to waste taxpayer dollars chasing a unicorn and perpetuating the dangerous myth that widespread voter fraud exists."

Voting experts and many lawmakers have said they haven't seen anything to suggest that millions of people voted illegally, including House Oversight Committee Chairman Jason Chaffetz. The Utah Republican said his committee won't be investigating voter fraud.

In a lunch meeting with senators in February, Trump said that he and former Republican Sen. Kelly Ayotte would have won in New Hampshire if not for voters bused in from out of state. New Hampshire officials have said there was no evidence of major voter fraud in the state.

In a February interview with Bill O’Reilly, Trump said the main issue of voter fraud was registration, and vowed to look at the situation “very, very carefully.”

The decision to revisit the voter fraud issue comes during a tumultuous week, after Trump on Tuesday fired FBI Director James Comey. The administration cited Comey's handling of the Clinton email probe, but Democrats also question what role his bureau investigation into Russian meddling in the 2016 race played.

In a House Intelligence Committee hearing on Russian election tampering in March, voter fraud became a topic of questioning -- Committee Chairman Devin Nunes, R-Calif., asked Comey if the FBI had any evidence that votes were changed in states like Pennsylvania, North Carolina, Florida, and Ohio, to which Comey answered “No.”

After winning the election, Trump singled out several states and claimed fraud in their voting system, but officials in those states insisted that his claims were unfounded.