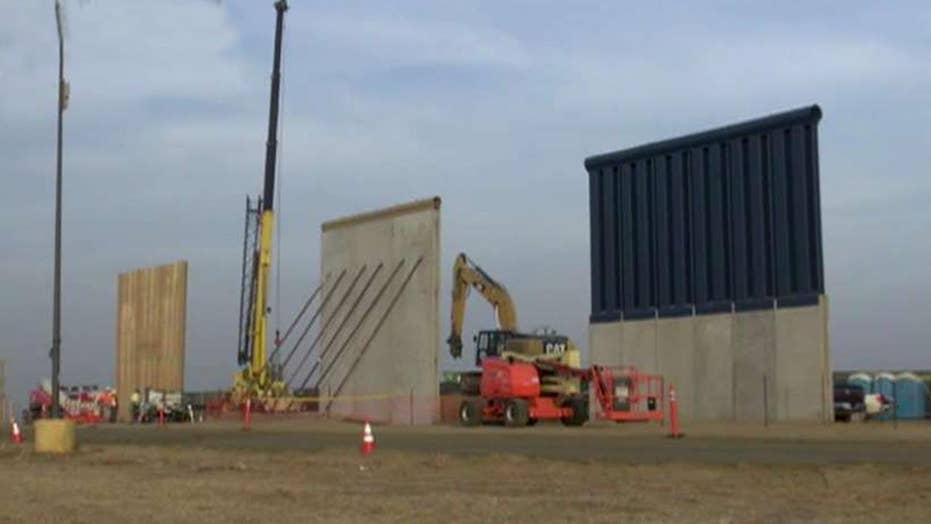 President Trump on Wednesday shared four photos of construction work along the U.S.-Mexico border, a day after reports surfaced that he'd suggested using military funds to pay for his long-promised border wall.

Trump tweeted that he had received a "Great briefing this afternoon on the start of our Southern Border WALL!" It was not immediately clear who else participated in the briefing.

According to the Border Patrol, crews in Calexico are working on replacing a 2.25-mile barrier with a "30-foot-high bollard-style wall."

"Wall in this area was built in the 1990s out of recycled scraps of metal and old landing mat," the statement said. "Although the existing wall has proven effective at deterring unlawful cross-border activity, smuggling organizations damaged and breached this outdated version of a border wall several hundred times during the last two years, resulting in costly repairs."

Over the weekend, Trump raised the possibility of using Pentagon funding on the wall after Congress passed a $1.3 trillion omnibus lspending package ast week.

"Building a great Border Wall, with drugs (poison) and enemy combatants pouring into our country, is all about National Defense," the president tweeted Sunday, adding, "Build WALL through M!"

The omnibus only directed $1.6 billion to the border wall, with a focus on repairs and additions to existing fencing. The president initially requested $18 billion in wall funding.